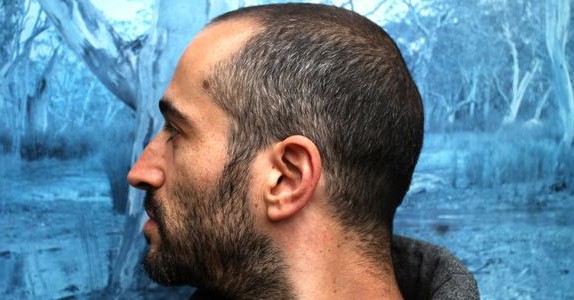 When Magic Steven walked onto the stage, I’ll admit to being a little bit worried.

His opening music played and he pulled out a notebook of which he started reading from not unlike a fifteen year old high schooler might do for his out-loud homework assignment. I shuffled in my seat. I worried for him. This could all go so horrifically wrong. I felt like I would be spending the next hour trapped, listening to the smatterings of sympathy-laughs from the audience; something I find more cringe-worthy than The Office. I needn’t have been worried, however, as before I knew it I was full-belly laughing with the rest of the crowd.

Magic Steven: Try to Love Everyone is a very minimalistic show. The flashiest aspect of which is when he says “thanks Jess” at the end of each piece and Jess, presumably, plays the music. His really, really, really deadpan tone of voice and presentation compliments the style of writing to a tee. It’s quirky, sideways writing filtered through absurd half-logic that makes Steven so funny.

He describes talking to a girl at a party about how sometimes he pretends to drive his car: sitting in it behind the wheel completely stationary but pretending to be turning down streets and the like. This sort of childhood playfulness is completely lost on her – especially when he sees her later on that evening, parked in the driveway of his friend’s house. He toots at her, waves, then continues to pretend driving on.

Ultimately Steven’s Try to Love Everyone strikes startlingly close to A Complete History of My Sexual Failures –an auto-bio-documentary about Chris Waitt who spends the entire documentary trying to figure out why his romantic relationships failed so miserably. Try to Love Everyone, however, has less self-flagellation and better humour as the stories that Steven’s encounters are largely very personable. 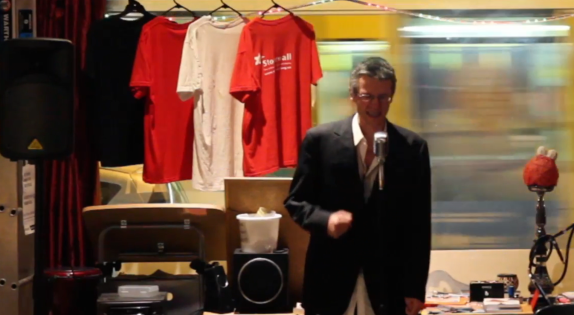 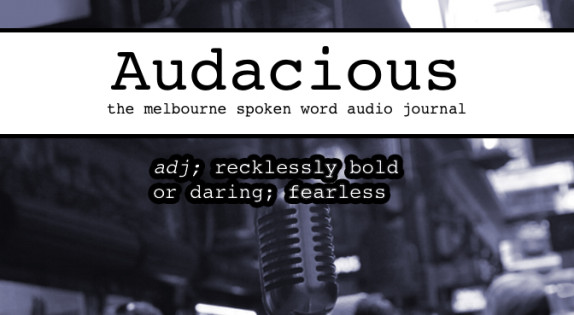 Audacious, our new audio journal of spoken word coming in 2015

Melbourne Spoken Word is very excited to announce the impending launch of our new audio journal of spoken word to be launched in 2015, Audacious. Our aim is offer a quarterly high quality audio publication available for download and CD that showcases some of the best spoken word and poetic recordings in Melbourne and elsewhere.

Submissions are now open for the first edition, but we will also be commissioning work based on what blows us away at live events and in partnership with gigs. For example, the winner of the Slamalamadingdong season final will have their piece published in the inaugural edition.

We encourage as many people as possible to record their work and send it in to us. We have the option of bringing in people to re-record pieces in better quality if need be.

For more information on how to submit to Audacious please see the submission guidelines on our Submittable Page. Submissions for the first edition close in late December and we plan to release the first edition in February to coincide with our third birthday.