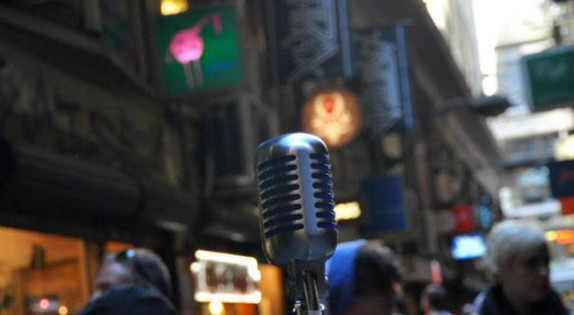 It’s been a busy year for the Melbourne poetry and spoken word community in 2014, and especially here for Melbourne Spoken Word. As usual, Melbourne was full of events on most nights of the week, we had special features and lots of open mic, and international poets and slam champions and people released books and CDs into the wild. We would love to see more of all of this in 2015. Melbourne has a reputation as one of the most vibrant, busy and exciting poetry and spoken word scenes not just in Australia but around the world.

In 2015, Melbourne Spoken Word hosted a number of events, 6 in fact. We held a showcase of Melbourne poets at the National Gallery of Victoria as part of the Melbourne Now exhibition in January, where we performed behind the waterfall entrance and lots of people came past and became exposed to a wide variety of poets. We were also very proud to host US slam poet Bill Moran, alongside local features Fury and Andy Jackson and many of those faces in the crowd were totally unfamiliar to us. We hosted our first ever ‘Poetic Lab’ with feature Steve Smart, where open mic poets get feedback on their poems, and we hosted two workshops, one with Brisbane poet Scott Wings.

But by far our most successful event was in September with our Drag Slam. We sold out Hares & Hyenas, and with Fury MCing the night, it was spectacular and very much in the vein of the unique poetry events we want to put on in 2015. We were event lucky enough for it to be the subject of a documentary, ‘Slam Poetry – Dressing the Medium.’

Our public goal right here, and we hope you’ll hold us accountable to it, is we want to host at least one event a month all year round, whether that be a feature poet, a special event, a workshop or a Poetic Lab. We’ll try to announce the events as soon as we know. We’ve got some cool ideas in tow.

2014 was also the year of the Crowdfunding campaign. We were pretty 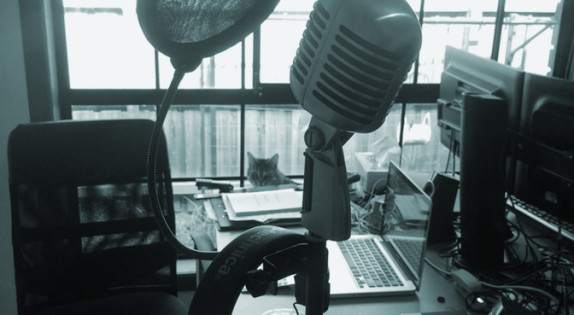 A few tips on submitting your recorded poems to Audacious

So you think you’ve got a vivid poem or passionate spoken word piece that would be perfect for the first edition of our audio-journal Audacious being released next year, but not quite sure how to record it? Well, we’ve got a few tips to help you record your piece and submit it right to give it the best chance of getting in.

And to give you the best chance of getting your submission in, because we’d love a wide range to choose from, we’re extending submissions until Sunday, January 18 and before then, we’ll have a workshop with time for an open mic/submission recording session for those who can’t access recording.

The submission guidelines can be found on our Submittable Page here. Please read them carefully and submit your piece via the form. Please do not email us your poems. Please include a bio with your piece, but do not include a cover letter or a note in that box. We just need your bio. Also it’s really important that we get your recording in the highest quality possible which is why we only accept WAVE (.wav) files to produce our CD and upload the album to Bandcamp. Please don’t make a .mp3 and convert to a .wav file. Read on to see how to record your poem.

You don’t need a professional recording set-up to record your piece. If you have something like that, say a housemate has a microphone that they use to record music, or someone you know has a recording set-up, that’s great but not essential. You can purchase inexpensive microphones that plug straight into your computer from a computer store or off somewhere like eBay. Something like this(pictured) might be ideal for someone on a budget. You can also find microphones that plug into your smartphone to increase your quality of recording. You may also just re