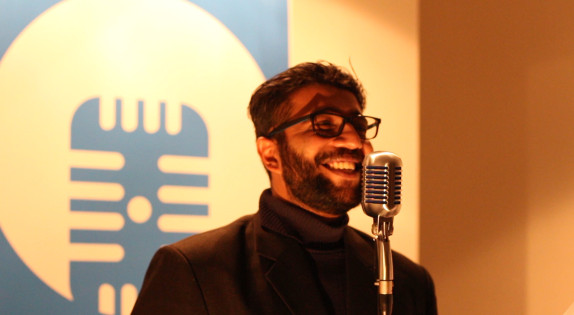 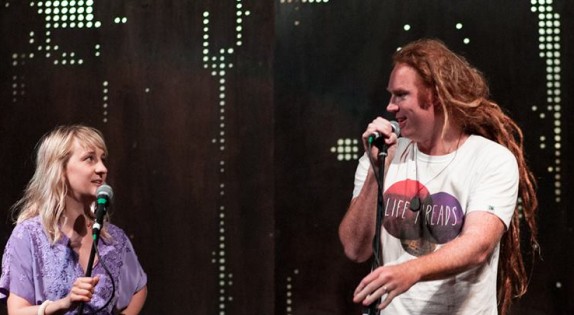 Slamalamadingdong – a year in review

For the more seasoned slam poetry goers, Slamalamadingdong evokes a deep emotional response; a recall of their first introduction to the Melbourne slam poetry scene; a place that reignited and nourished a dormant love for poetry, breathing fire into their oral storytelling traditions.

Now in its fourth year, Slama, as it is affectionately called, has grown into one of Melbourne’s iconic slam poetry communities, attracting a diasporic world of both emerging and well-established poets, artists and performers.

At the heart of Slama’s success has been founder Michelle Alina Dabrowski’s meaningful curation of events and willingness to explore and experiment with spoken word’s place within the wider art scene, all the while honouring the show’s deep-rooted slam foundations. Supported by a loyal crew, it is Michelle’s innate and authentic ability to simultaneously hold and navigate through space – and the audience’s acceptance of her offerings – that makes Slama’s tagline ring true: “Poetry Slam meets ritual meets celebration meets community coming alive”.

While renewal has always been part of Slama’s vocabulary, this year has undoubtedly seen its greatest transformation.

The June 2015 relaunch saw Slama’s rebirth at 24moons in Northcote, with shows now scheduled for Fridays instead of Thursdays, and poets afforded 5 minute slots rather than the usual 3. Unlike its previous homeground (the Bella Union), 24moons is a much more intimate space, allowing for pockets of conversations to grow and flow and for a freer mingling of poets and audience. The new venue also affords greater flexibility to celebrate after each Slama gathering, something not possible under the old 2 hour timeframe at Bella. While the dim lighting at times makes it more difficult to gauge the audience’s reaction, the familiar finger-clicking and uplifting feeling of community 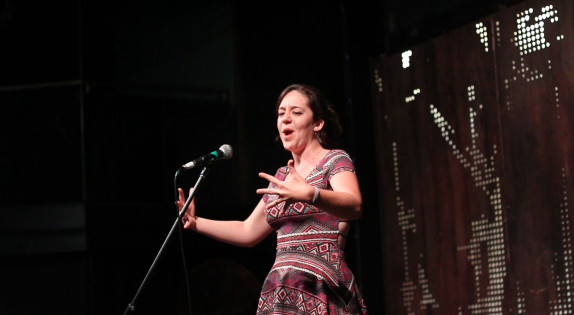 Sam Ferrante is a poet from Buffalo, New York, who is visiting Melbourne for a year and fell in love with Melbourne and the poetry scene very quickly. 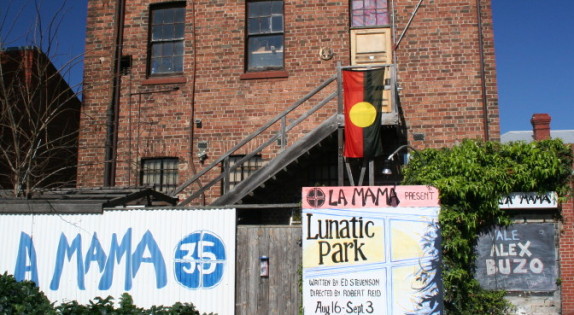 As Canberra poet, Melinda Smith takes the floor of the Courthouse, her beer fizzes over. This image could be one that springs to mind for people when they think of poetry in performance: gushing with emotion, theatrical, and often extroverted. Given the theatre surrounds, it would be easy to anticipate this. By the end of the night, one poet did yell, “Now that was intense!” but it was a quiet intensity, springing from the power of the subject matter and heartfelt sentiment, rather than any contrivance of the performance. This was no flash-in-the-pan proto-slam sermon. It felt raw and immediate, aided by the packed audience being so close to the poets, with no stage to act as a barrier.

Only one poet was labeled as a performance poet, Fleassy Malay, who put the audience at ease by joking about having to ‘adjust her breasts’ during the performance. She addressed serious themes, such as racism, identity and inter-generational politics with the deft hand of someone in tune with the way the body can serve the poem. Her movements and character voices never distracted, but drew you in and captivated you. Her love of hip hop came through in her cadence, with its lyrical and engaging style.

Robbie Coburn belied his youth as he tackled the thorny nature of life and love in the Victorian countryside. It was bush poetry with a twist of something bitter and real. It was an interesting juxtaposition of poets overall, which is something La Mama does well. You have the seasoned street poet, Kenneth Smeaton, with his world-weary everyman tales, urban unease nestled in next to Robbie’s rural malaise. It’s interesting for an audience to hear these contrasting environs the poets traverse, including splashes of Canberra and Sydney from Melinda. Perhaps one of the more traditionally accomplished poets of the bunch, her work touches on the personal, but is both witty and touching in turn.

If a poetry reading is a feast for the senses, convener Amanda A 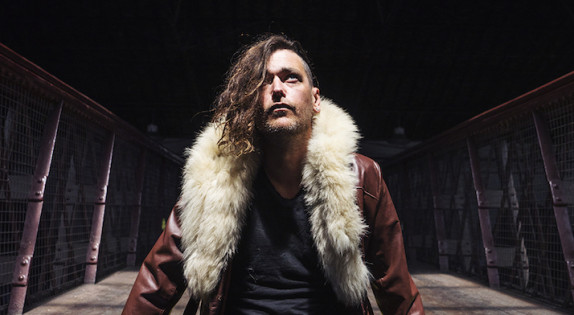 The falling and opening of curtains is a recurring image in your book. How much is life like a stage for you?

Life used to feel a lot more like a stage than it does now. Growing up in a public family we were always aware of the eyes upon us, and we worked as a team in many ways. We were an everyday troupe of bible belt players. It wasn’t dishonest, it was just us in a spotlight week to week, a normal extension of the performance gene we were born with. It was sometime later that we began to challenge that script in our personal lives.

These days it’s in my writing where life feels like a stage, particularly in the poems that seem confessional. I present parts that are true while other parts distort the truth in order for the piece to work successfully. The poem demands it. It’s like an actor who draws on lived experience in order to portray a believable, fictional character. So the writing is a pose, but an honest one that’s completely setup.

Do you erect a Christmas tree and how much tinsel is on it?

Yes, it’s a ratty plastic tree that needs to be thrown out. Santa leaves a note every Christmas morning that says, ‘more tinsel :(’, but he keeps coming.

In Reply, you express the idea that a poem is about more than its subject. How much must a poem be about the reader? 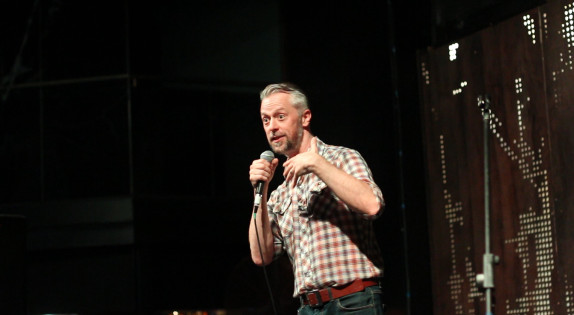 Cameron Semmens is an award-winning poet, and poetry educator with 16 books to his name. He makes his living through words: running workshops, designing books and performing live. He lives in foggy, ferny forests of The Dandenong Ranges. For more info, check out www.webcameron.com