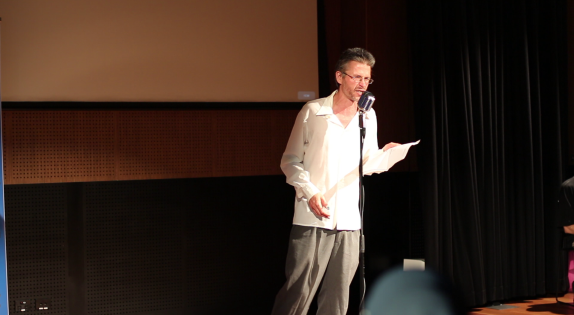 This has undoubtedly been the biggest year for Melbourne Spoken Word as an organisation and another massive year for the scene as a whole and I think it’s worth summing up what we’ve done, just to look back at how awesome we all are and to give us a little pick-me-up over the holidays and excite us for the new year.

This year saw the twenty-first year of poetry at the Dan O’Connell, and the sixteenth year of Passionate Tongues. Slamalamadingdong was reborn at 24 Moons on a Friday night. The Dan began its monthly poetry comps. We saw new gigs come onto the scene like Girls on Key, Slam of the Century, Poetic Inspirations, the Muddy Rivers Slam and Alakazam, whilst Speak Up at Incinerator Gallery became a regular thing. All of those new gigs, plus our old favourites continued chugging along, finding new audiences and being a familiar home to many regulars.

Melbourne Spoken Word itself hosted thirteen events over 2015. In January, we hosted a workshop and pop-up recording studio to take submissions for Audacious. In March, we hosted Geoff Lemon in our event stream called The Poetic Lab (later renamed to Beta Poetica) where the feature gives constructive feedback to the open micers. Of course in April, we relaunched this very website with a brand new design and events listing system, whilst also launching the first issue of our audio-journal, Audacious. In May, we hosted US slam poet Bill Moran at The Provincial Hotel, one of our biggest gigs of the year, plus a workshop the day after. In June, we held a showcase of poets at Conduit Arts and then featured Anthony O’Sullivan at Beta Poetica.

In July, we hosted Australian Poetry Slam Champion Zohab Zee Khan, one of our other big gigs of the year. In August, we hosted a poetry slam at the Victoria College of the Arts. In October, we hosted an open mic on the anniversary of the first public reading of Ginsberg’s Howl and then the week af