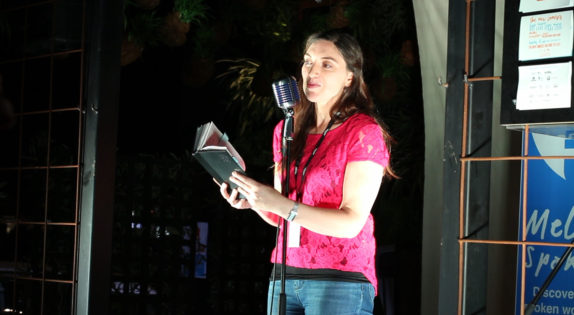 Amanda Anastasi’s poetry has been published in magazines and anthologies both locally and overseas. Amanda’s first collection 2012 and other poems was named in Ali Alizadeh’s ‘Top Ten Poetic Works of 2012’ in Overland Literary Journal. She also co-wrote Loop City, with Steve Smart and NZ composer Yvette Audain, produced by MSO’s Sarah Curro. 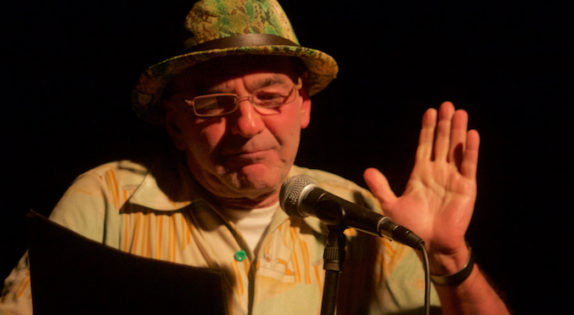 If the atmosphere was right: Interview with Santo Cazzati

I first spoke properly to Santo Cazzati on the Upfield Line train, maybe five years ago, where he told me he was on the way to Passionate Tongues, and invited me along the fortnight after, bringing me into this world of spoken word, where I can most certainly say he stands out on stage, both for his dress sense and what comes out of his mouth.

Santo Cazzati is a unique performer, his satirical and musical style of poetry almost seems like his voice is the orchestra and he is the conductor as he recites his words off a music stand, gesturing with his hands and facial expressions, often tackling issues of social justice, sexuality and music. After almost a decade performing on Melbourne’s spoken word scene, he’s featured at many regular gigs, as well as interstate, whilst also running his own, most notably House of Bricks Spoken Word which ran for four years, and as one of the presenters on 3CR Spoken Word, and most recently, co-running the new Owl & Cat Readings.

I was lucky enough to sit down with him last week, to ask him about his own poetry, colourful clothes, radio and being the PJ, the Poetry Jockey, all ahead of the launch of The Collected Smirks of Santo Cazzati.

It’s fascinating when he tells me what he was like when he first started performing. His first public performance was at the launch of Offset after he was published there. “I turned up deliberately late because I was so fucking nervous.” They called his name to the stage as the only person selected to read a poem. “As soon as I did, I pissed off, out I went because I was so frightened to talk to people.”

The next time he turned up at the launch of Offset to read again, a stranger approached him and said, “it’s really good to have a performance poet.” Santo left thinking, “so that’s what I am, I am doing performance poetry. That made me feel good but I still didn’t know what to do. 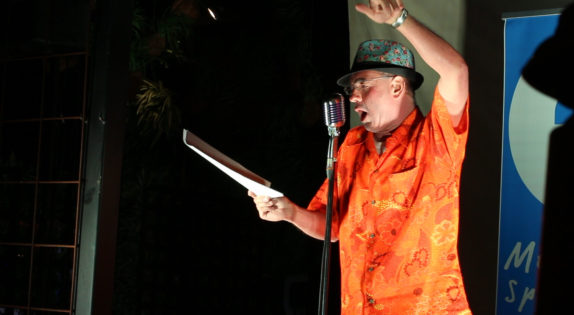 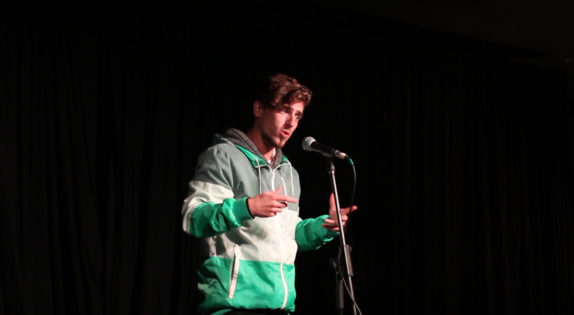 Rik The Most / This Is

‘Rik The Most’ (aka Rikki Livermore) is a powerful performance poet, hailing from the UK, whose writing spans a range of topics; from admonishing political fear mongering to informative and touching modern war poetry; protests against the cold, archaic forms of education stifling creativity to painfully beautiful pieces on the lesser spoken-about sides of love and vulnerable tales of loss – no matter what the subject, he enjoys taking inspiration from the, both, amazing and horrifying aspects of humanity to create works that question and deeply explore the world in which we live. Combined with this, from working as a breakdancer with a love of hiphop, Rik has developed an intense passion (bordering on obsession!) for playing around with rhythms and rhymes in his work, taking each word apart and analyzing the syllables for all they’re worth!

Rik is a well-known face on the UK Spoken Word Scene – having featured at many of the main nights and festivals such as: Apples & Snakes events, Poetry In London, Lost Lectures, StreetFest and The Secret Garden Party, as well as winning numerous slams, including at: Hammer and Tongue, Bang Said The Gun, Slamalamadingdong and The Olympic “Poetry Of Place” Slam. His work has been featured by a number of worthy causes and campaigns, including the National Union of Teachers, a new mental health app being developed in the UK, art exhibitions in Tasmania, Finland and the UK and he was even commissioned by the BBC to write two modern war poems for their World War One At Home tour – comme 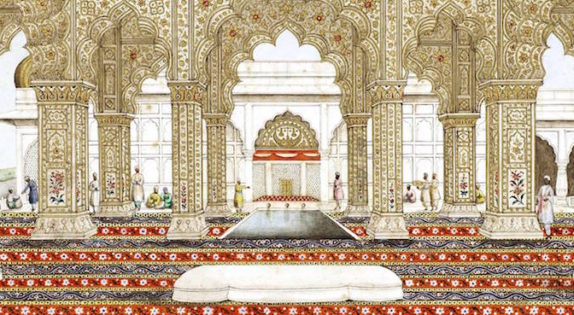 A Crazy Story This Chick Told Me About A Mughal Slam

I met this poetry chick – on the 86 – who spun me this story about how she went out to visit this old guy – some old character who owned a bookshop or something – somewhere out a Melbs. He told her all this stuff. All the way-out stories. Like about dudes who walked on water, and dudes who got paid to write poetry. And some old lady who got buried alive and turned up somewhere else perfectly ok. I mean, I’ve heard stuff like that before. I’m into good stories.

So anyway she told this fella about slams and he told her all about these poetry competitions way back in the day. And she reckoned the way he talked about them you’d think he’d actually been there. And I was like – yeah…he’s old isn’t he? And she was like – yeah…but not that old!

He was going to get her a book about it off the bookshelf but he changed his mind and said nah…maybe he wouldn’t…and it was a men-only thing anyway – those old school poetry comps – so maybe it wasn’t a good idea. And she thought that was pretty stupid – that she shouldn’t be able to even read a book about something because she didn’t have a dick.

So when he went out to answer the phone she just went ahead and grabbed the book. She thought she’d have a quick look at least. Pretty much just because she was mad at him for saying whatever he said.

But when she pulled on the book, the whole bookshelf moved. It was a door! And she went through it. And on the other side was a stinking fucking toilet! But not like a nice flushing toilet. But a 19th century, hole-in-in-the-ground, back-of-the-bazaar, long-drop fucken toilet – with a bucket and dipper and a whole lot of flies. And it smelt like a public toilet.

So she got out of there – through the front door. And ran all through the streets and wound up in the back of some antiquated printing press. And a dude with an ink-stained pajama sat her down and gave her tea – as 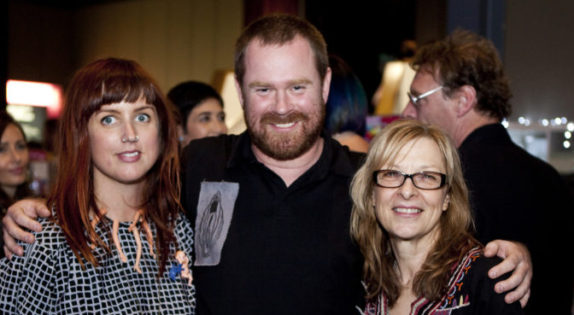 The Queensland Poetry Festival is probably the biggest festival in Australia that has a focus on spoken word at the moment. Happening at the end of August this year, it’s definitely worth going up the east coast to check it out if you can.

One thing introduced last year was the XYZ Prize, the only major prize for (recorded) spoken word in the country. Major prizes and publishing opportunities for aural poetics are few and far between so it’s worth having a crack and getting something in, especially with $1,000 in prize money up for grabs and your piece gets published in Going Down Swinging. It’s judged by 2016 Arts Queensland artist in resident and well-known spoken word artist, Eleanor Jackson.

Entries close July 19, alongside a whole bunch of other poetry awards.

Are you planning to send something in? What do you make of the state of awards for spoken word artists in Australia?