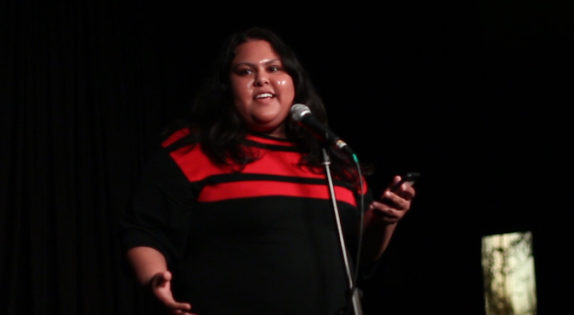 Alushka Rajaram is a Melbourne based poet who has only recently hit the spoken word scene. She was born in South Africa and spent her teenage years trying to fit into the coastal life of Frankston in Victoria. Her work reflects on her African heritage and struggles with being an immigrant. Although new to performing, she hopes to continue using spoken word as a platform for self expression and to insight conversation around contemporary social justice issues. 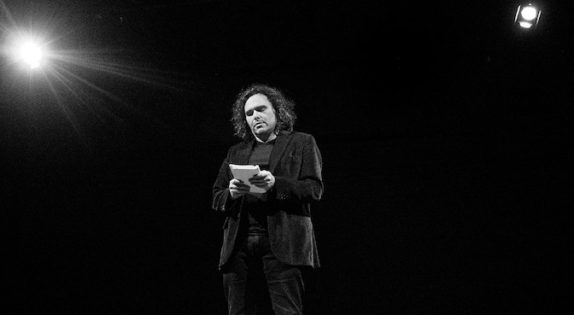 As good as it gets: August's La Mama Poetica

DISCLAIMER: This is not a review from a person qualified, or even asked to give one. Just my unreliable impressions of a night of great poetry.

I want to tell you about the August 16 LA MAMA POETICA NIGHT because I was uplifted – I got three poetic inspirations as I whistled my bike back home.

First off, it was a great pleasure to sit back in the arms of four accomplished poets. You knew that they would not let you fall and you could really get wrapped up in their works. I felt glad to live in the city and amongst the people that nurture them.

Alana Kelsall read her poems sitting down. At first she pretended she was going to recline full length. I got a mental picture of Titian’s ‘Venus of Urbino’ (the pose, not the being naked). Being read to from a bed or a couch would have suited her poems: they flowed easily and simply, relaxed and in a manner that might lull a child to sleep. But her imagery is evocative, dreamy and perceptive. I particularly remember and liked her poems about a woman who wasn’t a Bond girl – which played vividly in my mind like a Bond movie. In fact the Bond imagery irked me a bit whilst I was hearing it, but now I think it was very clever and wonder how she managed it. And one about Wallis Simpson. She is a person I’ve only known about through one sentence remarks in the press “the American divorcee who captured the heart of a king…” but who, after Alana’s poem, I was glad to know a lot better.

Sam Ferrante’s spot was a complete contrast. She was energetic, animated and emotional, and she used the whole stage: dropping paper sheets of her poems around the place, climbing an imaginary ladder to a bunk bed and taking off and putting on her boots. Her stand outs for me were her first poem written from the perspective of her six year old self – her portrayal is vivid and convincing and made me think her kid self is within easy reach of he 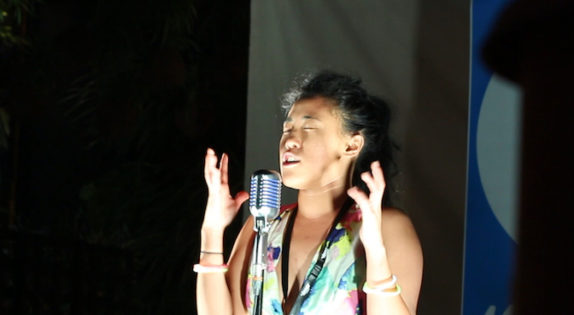 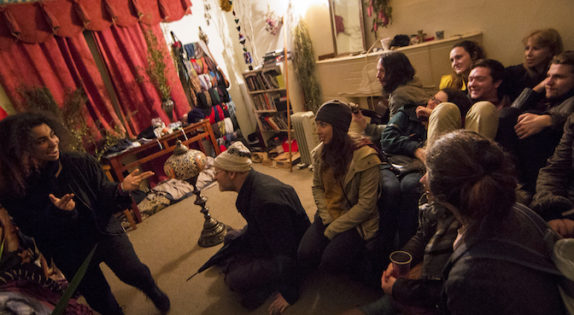 It is a wintry Melbourne night with light rain and we are gathered on the front lawn of a Coburg house late one evening. We are here for ‘immersive theatre, house party and good times’. We are grouped as we arrive as ‘family’ or ‘friends’. There is mulled wine, dhal and rice for the hungry, and an air of relaxed anticipation. A man in a Priest’s collar comes to welcome us to the ‘wake’ of a dear departed young friend. It is director Scott Wings.

We are led towards the back of the property, the path lined by the cast all dressed in black and bearing candles. They utter warm, mock-sombre words of welcome, ply us with tissues and usher us into the back yard where we gather around a brazier. We are welcomed by a man in loincloth and ochre, Indigenous performer Neil Morris, whose clap-sticks and language remind us lovingly where we are and on whose land we stand.

We ‘friends’ proceed to a series of acts in various chambers beginning with the mourning-room of the ‘Widow’ Mollie Yang, strewn thick with tissues and grief. We are bade ‘get out’, but we understand that these are the words of the inconsolable, so we stay with the Widow as her sorrows find expression.

There follow for us six spoken word performances by different artists in different, curated spaces, as our fellow audience members who are ‘Family’ concurrently experience a similar number of different shows.

Some are moving, some jarring, some endearing, or all three at once. All are carefully crafted and powerful in their own way, each created by an individual writer and incorporated into the show to form a more-or-less cohesive whole.

We ‘Friends’ are invited to pile into a bedroom and hear poet Arielle Cottingham’s shocking piece ’16 years’, which she reveals the appalling year-by-year public objectification experienced by a girl at the hands of anonymous men as she grows up. “I’m too young for this!”, the refrain. The s 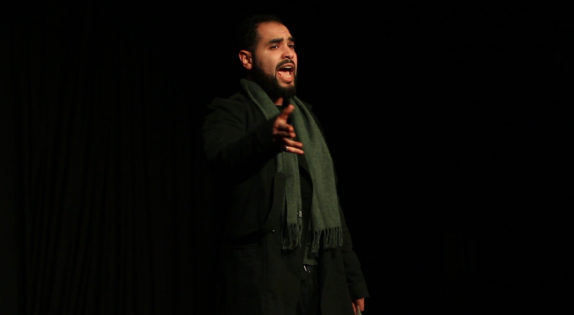 Nour Abouzeid / Lest We Forget

Nour Abouzeid, the winner of Slamalamadingdong in July, performing ‘Lest We Forget’ in the second round.

Nour Abouzeid is a generation Y Muslim Australian who has been frustrated with the world and has a lot to say. Having always enjoyed English and poetry, coupled with his love for hip-hop and conscious lyrics, spoken word poetry became for him the ideal artistic medium to fight misconceptions, challenge the status quo and try to assert with pride a Muslim identity.

Loud and outspoken, he is a regular on the Melbourne Slam scene, and has performed at many community and youth events and fundraisers in both Melbourne and Sydney. In addition to working closely with many local artists (including Luka Lesson and Omar Musa), he has also performed along side acclaimed international performers such as Amir Sulaiman, Mark Gonzales, Liza Garza, Sarah Kay, Phil Kaye and Boonaa Mohamed. He has also had the chance to perform in open mics in the UK and the USA, including the famous Nuyorican poets’ cafe in New York City.

In 2009 He was a finalist in the Melbourne Writer’s Festival Poetry Idol and in 2010 he became the Victorian State Champion in the Australian Poetry Slam and was again a state finalist in 2011, 2012, 2014 and 2015. In 2012 Nour was selected as part of the Melbourne Slam Team that competed against New Zealand in the Trans-Atlantic Slam. In addition to performing he has run performance workshops including being part of a project headed by the national gallery of Victoria.

When he’s not doing that or his day job, he enjoys photography and collecting sneakers and Lego sets. 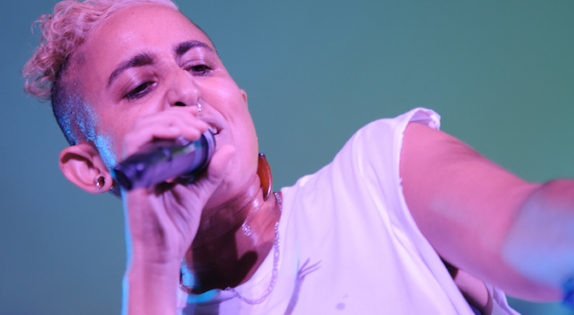 Any reason to come to Melbourne: interview with Candy Royalle

Ahead of Candy Royalle’s show alongside her band, The Freed Radicals, at The Toff on August 14, Director Benjamin Solah asked Candy a few questions about performing, collaborating, diversity and political spoken word. You’ve been to Melbourne a few times before to perform. What do you like most about performing down here? How does it differ from other places? Well the truth is I love any reason to come to Melbourne – I just love it. It has a more real vibe than Sydney I feel – it doesn’t feel as gentrified in some ways (though I know gentrification is a huge problem in Melbourne too). Audiences are always warm and passionate and such great supporters of my work.

You’re known for unapologetically raising political questions whilst also using quite beautiful and stark images and metaphor with your spoken word? Why do you think that’s important and what advice would you give to other poets wanting to raise political questions whilst also maintaining artistic craft in your work? Sometimes I write a piece that is a political rant because I just need to get it off my chest, and also the audience likes a bit of a political anthem as it were, and I think that’s okay. But no one wants to go see a performer perform 60 or 90 (or even 15) minutes of what feels like a political beating over the head. So in order for the message to get across without an audience feeling preached to, we need to make it nuanced and beautiful and almost not obviously political at all. Doing this by telling stories is a great way to present political ideas to people – through arresting human stories infused with metaphor and beauty.

What is it about spoken that you think can give people a chance to express their diversity? How do you think we measure up compared to other areas of the arts? I believe spoken word gives people a platform to be heard – to share their lives and stories and actively reduces voice poverty if those ru