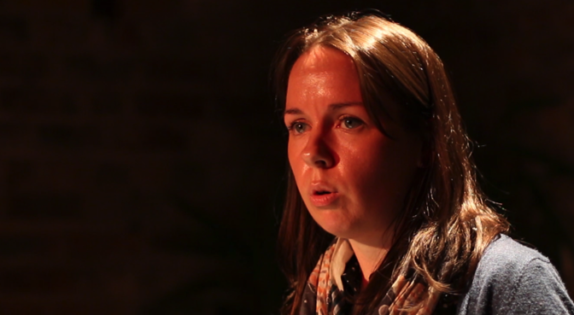 Carmen Main performing ‘An Unusual Work’ at The Owl & Cat Readings on November 6, 2016.

The Owl & Cat Readings are held on the first Sunday of the month at The Owl & Cat Theatre, 34 Swan Street, Richmond.

Carmen Main is a writer and spoken word performer, born and bred in Melbourne. Her style is personal, attempts immediacy, aims to use words economically, and is hugely influenced by pop culture, music and art. She picks up pens to write down feelings. Blurred lines between poetry and catharsis.

Carmen received an Honourable Mention at The Melbourne Spoken Word Prize 2015 and is included in the audio journal Audacious Volume 2, published by MSW.

She has featured at ‘Melbourne Speaks Poetry’ at White Night 2016, at MoreArt 2016, Passionate Tongues and House of Bricks, the Dan, the Owl & Cat readings, and was interviewed on 3CR’s Spoken Word program. 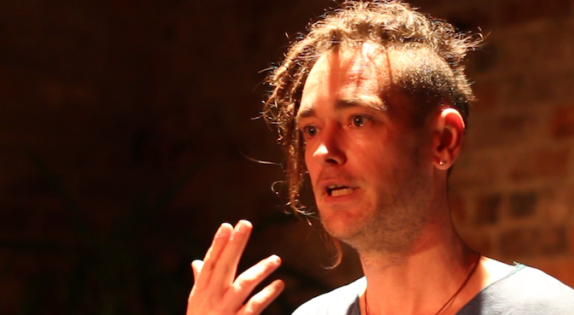 Nathan Curnow reading, Corpse Fete, from his collection, The Apocalypse Awards at The Owl & Cat Readings, on November 6, 2016.

Nathan Curnow is an award-winning poet, performer and past editor of Going Down Swinging. His previous books include The Ghost Poetry Project, RADAR, and The Right Wrong Notes. His most recent collection The Apocalypse Awards (2016) is inspired by the absurdity of the modern world and charts our collective obsession with the end times. A recipient of the Josephine Ulrick Poetry Prize, he teaches creative writing at Federation University, and is a co-host of the Youtube series Cooking Classic Poems. 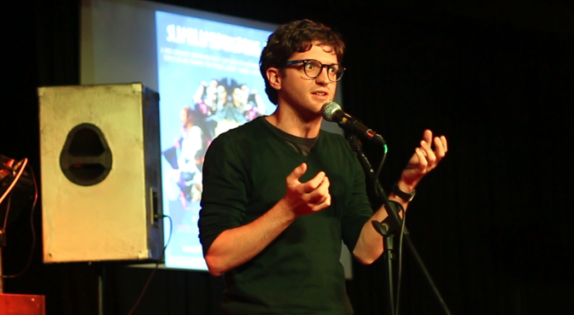 Danny Hutley is a writer from the UK, who has been living in Melbourne for three years. His poetry is an attempt to express both distance and connection, but by 2am ends up confused on some dance-floor. He was highly commended in the Fellowship of Australian Writers John Shaw Nielson Poetry Award, and in the Ex Libris Port Fairy Short Story Competition. He is currently working on a collection of short stories. — @drhutley 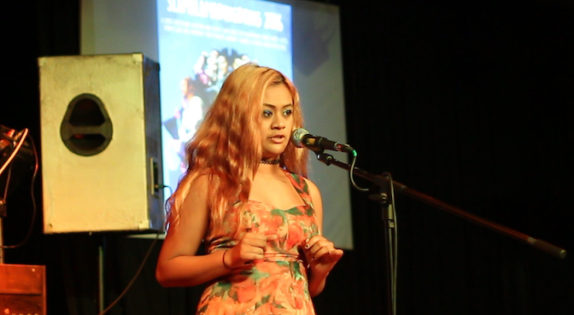 The winner of the October slam, Charlotte Raymond, performs ‘My Purple Haze’ at Slamalamadingdong on October 27, 2016.

Charlotte Raymond first discovered spoken word when on exchange in Madrid. Since then she has dabbled in the Melbourne poetry scene, hoping to get more involved. Studying a Masters of Social Work, she is a big fan of critical reflection with her poetic influences stemming from the world around her. She enjoys hobbies that speak directly to her soul and making terrible puns. She is currently writing a vegan cookbook, ‘Beets By Ray.’