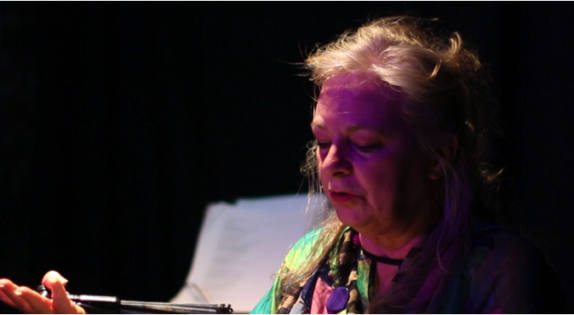 Yvette Stubbs is an award-winning poet, performer, director and actor, hailing from West Gippsland. She convenes Arts Merge at the Mersh Warragul, tuns Gippy Poets and Eclectic Creators Unite. Yvette is seriously afflicted with a little known comical illness called Artism, it is a problem and she is working on it. She launched her latest collection, Barbed Wire Kisses at The Dan in December, 2016. 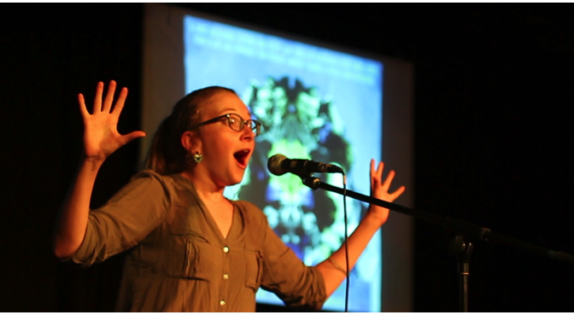 For more videos of live spoken word in Melbourne, subscribe to our channel.

Slamalamadingdong is held on the last Thursday of the month at 24 Moons, Northcote.

Sigrun is a writer and performer from Canberra, now based in Melbourne. For her poetry is a process that helps her understand the world and her experiences. Sigrun is enjoying exploring poetry as a medium that combines writing and performance elements to share her stories with others. 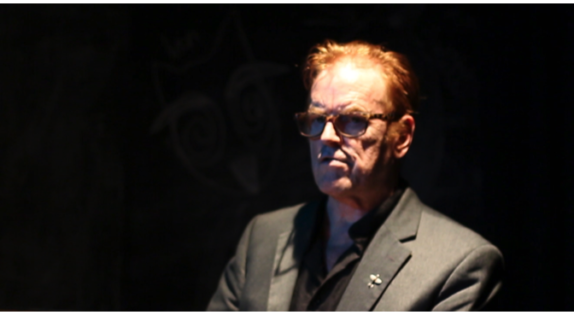 Ian McBryde performs ‘Coming Off Morphine’ at The Owl & Cat Readings, on March 5, 2017.

For more videos from Melbourne poets and spoken word artists, subscribe to the channel. We also appreciate any likes and shares to help reach more people.

The Owl & Cat Readings are held on the first Sunday of the month at The Owl & Cat Theatre, 34 Swan Street, Richmond.

Canadian-born Ian McBryde is a long term resident of Australia. Throughout his career, Ian has practiced in a number of mediums including photography, music, illustration and, predominately, poetry. In 2010, Ian’s sixth collection of poetry – The Adoption Order (Five Islands Press, 2009) – was shortlisted for the Victorian Premier’s Prize. In 2005, Ian’s fourth collection – Domain (Five Islands Press, 2005) – was short-listed for The Age Poetry Book of the Year. His latest collection We the Mapless contains a selection from his six previous collections as well as new work. 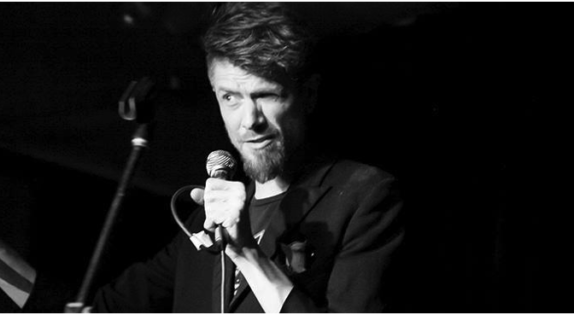 Hunch (not his real name) came barn storming onto the open mics a year or two ago, and in that time has won the Battle Royalle at Wham Bam Thank You Slam last year, opened for OVEOUS and just last month, won Slamalamadingdong. We had a chat to this fast-talking unique voice in Melbourne.

Well, my angle into this scene stemmed from writing down my dreams obsessively for years. I think dreams by their nature are poetic, so perhaps it was when I first decided to write down my dreams. More broadly, if you mean; When did I realise I had mental issues, was scared of the world, didn’t fit in, was susceptible to substance abuse and enjoyed my own company too much? Then that was much earlier.

I think the first time I recognised that spoken word was a ‘thing’ was when I heard Henry Rollins doing it back when I was in high school. I also liked Bill Hicks’ stuff back then too. Interestingly enough, neither were/are considered to be outright ‘spoken word’ artists, as it’s a side thing for Henry to his music and Bill was, by and large, classified as a comedian… With hindsight, these two were obviously very influential for me because I do tend to act like a rock star when I get a mic in my hand and I’m always drawn to the humorous side of things when I write!

Clearly that would be my own poetry book! I could live without reading books but I don’t think I could last without being able to record my own thoughts and poems… Is that, like, totally self involved of me? 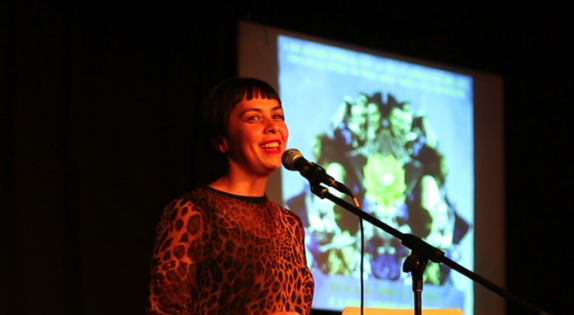 Eleanor Jackson / Shave and a Haircut

Eleanor Jackson performing ‘Shave and a Haircut’ at Slamalamadingdong, February 23, 2017.

Eleanor Jackson is a Filipino Australian poet, performer, arts producer and radio broadcaster. A regular guest at Australian literary and arts festivals, Eleanor has been described as capable of creating, “powerful quiet.”

Her poetry is published in Overland Journal, Arc Poetry Magazine, Going Down Swinging, Peril Magazine, Scum Magazine and the Cordite Poetry Review, FBI’s “All the Best“, RRR’s “Aural Text”, 3CR’s “Spoken Word”, ABC Radio National’s “Night Air” and the online poetry channel, “IndieFeed: Performance Poetry”. Her radio play, Agent Ion, was featured as a part of Radiotonic for ABC Radio National, and her short fiction, The Transfer, appeared in Review of Australian Fiction. In 2014-2015, she was Artist in Residence at La Boite Theatre in Brisbane. 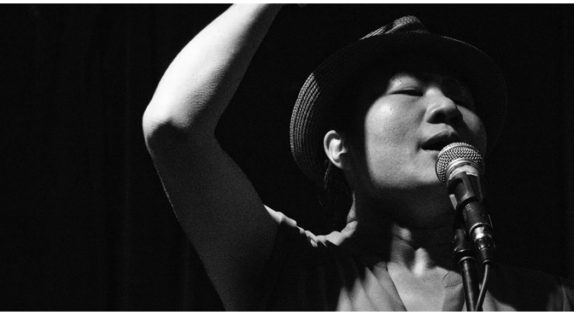 You might have seen her perform previously under a different name, but Waffle Irongirl is now the name to look out for, and the face of Audacious Four.

My parents had just politely declined a neighbour’s invitation to a soiree, making a fake excuse to soften the blow. My five-year-old self loudly declared that we certainly were NOT having dinner with grandma on Friday, in fact we didn’t have ANY plans*. I wasn’t judging my parents or the white lie, my brain just couldn’t deal with words not matching reality. I think poets are compulsive truth-tellers – even if they lie in their ‘real’ lives, once they get on stage or page, they can’t help but bring words and perceived realities into alignment.

*I’ve since learnt to collaborate on all manner of lies. In fact NEVER believe anything I say or write if it isn’t poetry.

I signed up for a poetry class with the peerless poet teacher Judith Rodriguez. She lent me an album. Hearing these famous poets read their own words made poetry come alive for me and I went looking for the live version. MelbourneSpokenWord.com led me to a wondrous variety of events. “Just one,” I said, next thing I knew I was reciting an open mic and I was hooked. Just say no kiddies!

The thickest edition of Emily Dickinson I can find, and Nathan Curnow’s The Apocalypse Awards. I’m allowed that second one, cause technically, it classifies as an instruction manual for end times, just coincidentally written in poetic form.