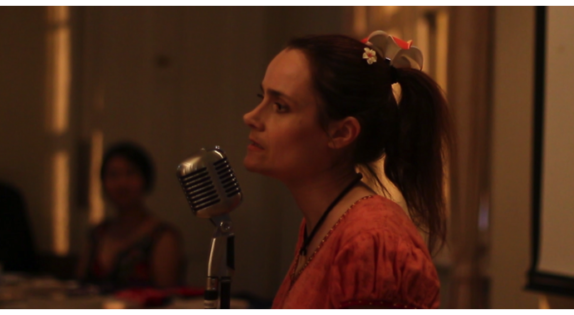 Viki Mealings performs ‘Other People’s Children’ at the launch of Audacious 4, at The Provincial Hotel, on March 13, 2017.

Viki Mealings is a Melbourne poet, musician and singer. She was one of the poets that featured on Audacious 4th edition audio Journal published by Melbourne Spoken Word this year. She was winner of the 2010 Human Rights Arts and Film Festival Poetry Slam. She produced and performed in the Melbourne Fringe show ‘I am That Woman’ in 2015. Last year she published a poetry collection entitled ‘Her Poetic Body’. She is front woman of the band ‘Brittle Sun’ who are due to release their EP, ‘Elemental Skin’ next month. Her poetry explores issues of social justice and inequality. 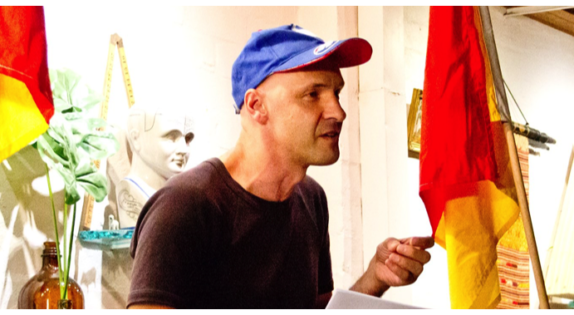 Brendan Bonsack is often seen behind a camera, taking photos that inspired people describing being photographed by him at poetry gigs in his classic black and white as being ‘Bonsacked.’ He’s also a fine poet and musician. He even wrote a poem predicting the Bulldogs would win the AFL Grand Final last year.

Apparently, when I was born, a nurse remarked to my mother: “look at him, he already has the weight of the world on his shoulders.” Maybe that qualifies? I have always been drawn to melancholy in poetry.

I think it was by accident, at the Dan O’Connell. I was walking past on my way to somewhere else, and got curious about the goings on through the glass doors. There were blank spots on the Open blackboard, so I scribbled my name in and did one of my songs as a spoken word piece. I must have trimmed a couple of choruses out of it because there were no shouts of “get on with it!” from the bar. The thing about the Dan is that people are very warm to newcomers, so I was inspired to come again.

It would be tempting to take Nathan Curnow’s “The Apocalypse Awards”, but it might scare my fellow bunkermates! Perhaps a large anthology of Emily Dickinson. All those compact gems could be good first seeds in the new world.

Whichever is coming up next! I think every open mic gig I’ve seen in Melbourne is a good place to try new poems. Audiences love to hear new stuff. I have the most rousing audience chanting of “New Shit!!” at Girls on Key. 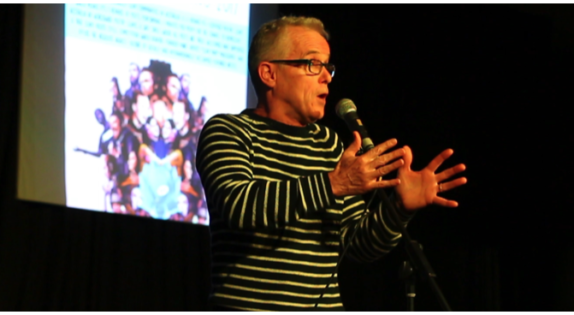 For more spoken word videos from performances around Melbourne, subscribe to the channel and please support us by liking and sharing the videos.

Alan Pentland has had poetry published poetry at school, is a pioneer of early cabaret and comedy in Melbourne, was a writer/performer on tv comedy Fast Forward, writer of computer manuals, video maker, now writes very short stories… that sometimes rhyme.

Slamalamadingdong happens on the last Thursday of every month at 24 Moons, Northcote.