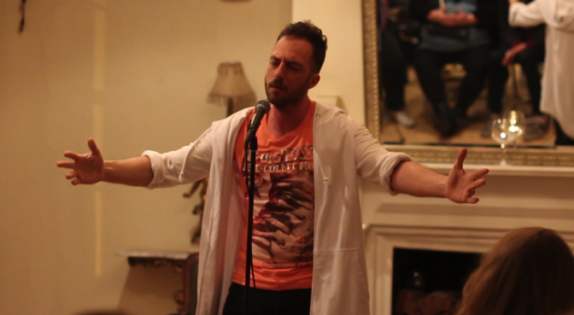 Yoram Symons is an engaging and unique voice on the Melbourne poetry scene, known for his enchanting storytelling technique. Yoram is a writer, poet and VR/AR producer in Melbourne. His performance work is a mixture of hypnosis and intensity, exploring the intersection of history, culture, technology and the personal experience. 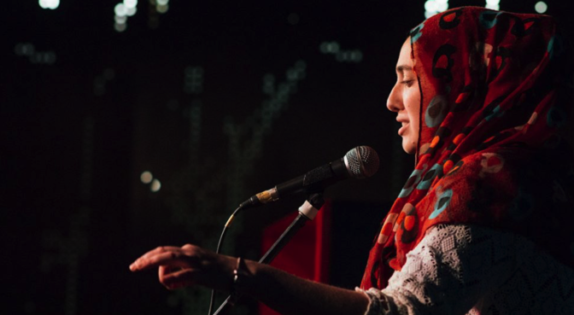 Vying for the audience: the relevance of slam

Slam. Is this once agent in changing the way we produce and consume performance poetry still relevant?

For those who are not familiar with slam: Slam is a competition format in which poets are given a set time limit to perform their pieces and are then scored by a total of 5 randomly selected audience members, the scores usually range from 1-10 to the nearest 0.1 with the top and bottom scores being dropped in order to avoid bias, giving each poet a final score out of 30. The poet with the highest score at the end of the night wins. There are many variations on this basic format (which was first introduced by Marc Smith) employed by poetry competitions across the globe.

Slam boasts origins in the idea that the people should have a say in the type of content they are presented with. That is, that those who are the predominant consumers of performance poetry or spoken word; the audience should be the deciding party in the kind of work that is allowed recognition and reward. This has given rise to a style of poetry unofficially termed “slam poetry.”

Slam poetry is a term used to define the type of poetry, both in cadence and content, that is likely to score well at slams. A poet who presents poetry predominantly of this style may be called a slam poet. And while slam, by definition, is a format for competition, the world of slam poets and slam poetry is a rapidly growing one with poets who have attained worldwide recognition for their execution of this style of poetry. However, over time and particularly on our extensive and hugely varied poetry scene, the idea that the poetry presented in slam is of an inferior quality is becoming an increasingly held one.

That is to say, there is a specific school of thought which views slam through a lens that portrays the art that is presented on slam stages as simplistic, repetitive and lacking in any depth beyond the concise point that the artist is trying to make in the allotted time limit.