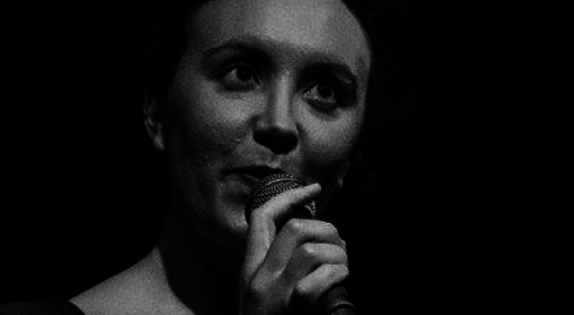 I Want to See the Artist: Interview with Amy Bodossian

I recently saw your show ‘Don’t Worry, I’ve Got it Covered’, which was a cabaret tour de force! Your presence and authenticity onstage in something many performers aspire to. How important is it for you to be completely yourself onstage, and why is this important?

I had so much fun on stage that night! It was a real joy. Hmmm…being myself…what does that mean? Ok, I won’t go down that rabbit hole! I know what you mean – I am pretty relaxed onstage – these days, after years of performing and experientially working out what not to do!

I’d have to say it’s pretty important for me to feel relaxed and allow myself to be seen in all my flawed and fabulous glory onstage. I aim to be as uninhibited as possible so that I can ‘get out of my own way’ enough to honour the wild and wacky and messy and juicy human experience. Hopefully then people can connect and feel more ok with their humanness. I feel like if I’m ‘pretending’ people won’t trust me and will be less likely to let their hair down and come on the journey. Obviously, I don’t always manage to be 100 percent authentic, but it feels like every year I shed another layer of giving a shit, and that’s’ great! I’ve always loved authentic performers who are really uninhibited and eccentric and vulnerable. If someone is loving what they do, and allowing themselves to be seen, you feel super comfortable looking at them and it can be so engaging.

I remember when I used to life model, the art teacher would always tell the students not to try to draw a face the way they think it looks – not to make it up. If you actually look at it, the eyes are wonky and the mouth is not as you imagine, and the skin colour has greys and purples and blues and oranges. But if you try to paint what you think the skin colour is, it won’t be nearly as nuanced and beautiful.

Maybe this is a good analogy for how I feel about performers being authentic. I don’t want a perform 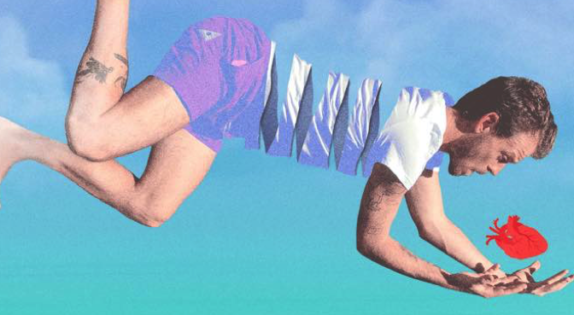 When experiencing a Scott Wings performance, whether it’s a one-off piece on an open mic or a full-blown show, you’re guaranteed two things: playful language, and playful use of the body. It’s all bound up together. Whiplash, Wings’ latest show, now on at The Butterfly Club provides all of that, and more.

We can’t say exactly define what ‘that more’ is because like many of his shows, his improvisation ensures that each show is unique. This show’s latest iteration, with one more performance tonight, at an iconic performance venue, indicates that it’s ready for a broader audience, as well as continuing to have artists there too.

I’ve had the pleasure of seeing it at various stages of its development – from parts being performed at Wings’ ‘Passionate Tongues’ feature, to a preview in his lounge room/performance venue, Cathaus. The changes made and charting its development is part of the joy, as an audience member, and also the closest analogue a live performance gets to having a ‘director’s cut’, albeit one that appears before the ‘final’ cut. Like a true follower of Scotty’s work, I find myself mentioning to a few people afterwards that I got to see earlier versions of the show, which I admit, feels like the kind of brag you’d expect from The Simpsons comic book guy character.

Whiplash continues to explore themes of mental health that he’s touched on in his previous shows and work (Icarus Falling, Colossi) and touches on some particulars of his own life that connects with other artists facing similar, envisioned struggles. To parallel the way the show is produced, the physicality of the body is used as a central motif to navigate travel to his physical heart, and what we understand ‘hearts’ do, on an emotional level.

His narrative mixes and blends several elements – at times, there is stark poetic imagery, mixed with dynamic bodily movement to music, neither fully theatrical nor d 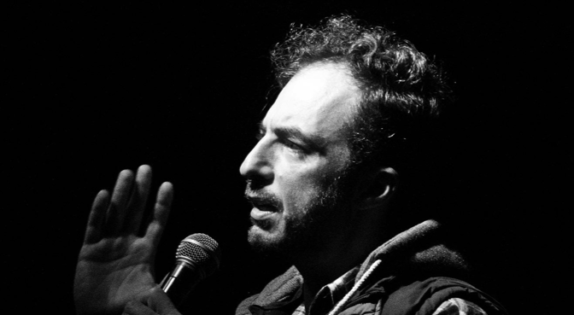 I’m in it for the revolution: Interview with Yoram Symons

Yoram sometimes has the air of a man possessed when he’s performing. I was interested to find out what drives this dynamic performer. I wasn’t surprised he suggested we meet at the underground bar, E55. When I arrived, he was already comfortably ensconced in a background of drumbeats.

Where did you start with spoken word? I’ve been involved with public speaking all of my life. From an early age I was trained to deliver long speeches without notes and without learning content off-by-heart, but rather, to take a theme or topic and improvise on it, sort of like a jazz of public speaking. Throughout my twenties and early thirties, I practiced this kind of speaking extensively, but exclusively within the Jewish community, and almost always within the context of a religious setting. Basically, I was a preacher.

Regarding the Spoken Word form specifically, it began for me in about 2014. I had returned to Australia from Israel where I had been deeply involved in the Arab Spring movement in that country. I had been engaged in everything from street protests to electioneering and when I returned I felt compelled to write about my thoughts and experiences.

I found, however, that when I actually put pen to paper (or fingers to keyboard) I was writing in a totally new way for me, using loads of rhymes and masses of adjectives and weird assonances and alliterations. It seemed entirely gratuitous for prose. So I sat there looking at my screen and wondered; “Is this was what people call spoken word?” Shortly thereafter I came across Slamalamadingdong and so it began. 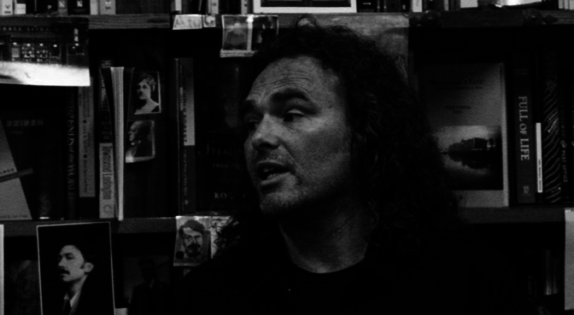 From Within the Poetry Cycle: Interview with Joel Deane

You wrote a poem about last year’s tragic Bourke Street incident, which was read at the Bourke Street Memorial Service in January by the Deputy Lord Mayor Arron Wood. What were you feeling, hearing your poem read by a public official at a major event?

I didn’t watch the poem read live at the venue or on TV. Let me explain why. One of the survivors of the Bourke Street attack is a friend of mine. As the first anniversary of the attack approached I found myself dwelling on those days. It was a difficult month. My father had died a few weeks before, in terrible circumstances. One day I was talking to my friend about what happened to my father, trying to make sense of it all. Then, a week later, I was visiting that friend in the Alfred Hospital, trying to make sense of such a senseless act.

So, a year on, I was thinking about January 2017 when the organisers of the Memorial emailed to ask whether I knew any poems that might be appropriate to read out. That email triggered me. I spent the next three days trying to write a poem about the events of January 2017. Before I sent the poem to the organisers, I told my friend what I’d done. I guess I was seeking his permission. He told me to send it, so I did. On the day of the Memorial I watched a bit on the TV, then turned it off. Once I heard from my friend that he liked the poem, I went back and watched the video. I thought Arron Wood did a great job with the reading. As for me, I was just relieved my friend thought it was OK.

Most of your poems are rather economical and look as though they are suspended and solitary on the blank page. Others are longer, less spaced out, and laid out in neat lines. What dictates the way a poem looks on the page?

I don’t know the answer to that question. The truth is that, for me, writing poetry is all about the process. I only write a poem when I feel something I don’t understand. Once I start writing, the poem shows me its form 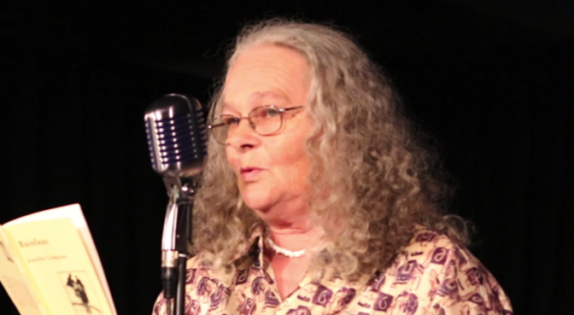 Jennifer Compton / Love is not Love

Jennifer Compton performs ‘Love is not Love’ at The 2017 Melbourne Spoken Word Prize, at The Wheeler Centre, December 1, 2017.

Jennifer Compton lives in Carrum out on the Frankston line. She is a poet and playwright who also writes prose. Her stage play, The Goose In The Bottle, was short listed for the Lysicrates Prize last year and Verity La published a piece about Koo Wee Rup called Famous For Asparagus. When it comes to the poetry side of things she likes to have it every which way. She very much likes winning the Newcastle Poetry Prize and being given the big cheque. And she also very much likes the hurly burly of the open mic. A new book of poetry (working title Next) is a third of the way there, and several stage plays are being intermittently recalcitrant.