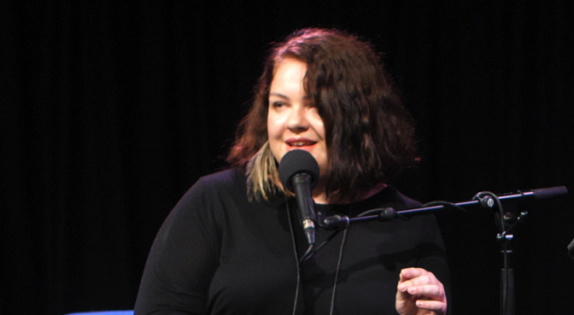 Alison Whittaker reads ‘Murrispacetime’ as part Blakwork, reading for the Melbourne Visiting Poets Program, at The Wheeler Centre in August 2018.

Alison Whittaker is a Gomeroi poet, life writer and essayist from Gunnedah and Tamworth, north-western New South Wales. She now lives in Sydney on Wangal land, and is recently returned from the US, where she received a 2017 Fulbright Indigenous Postgraduate Scholarship to complete a Master of Laws (LLM) at Harvard. Her poem MANY GIRLS WHITE LINEN received the Judith Wright Poetry Prize in 2017. She is the author of Lemons in the Chicken Wire (Magabala Books), the debut collection that established her as a powerful new voice in poetry.

Her next book, Blakwork (forthcoming from Magabala), is a stunning mix of memoir, reportage, fiction, satire and critique. Blakwork is an original and unapologetic collection from which two things emerge: an incomprehensible loss, and the poet’s fearless examination of the present. 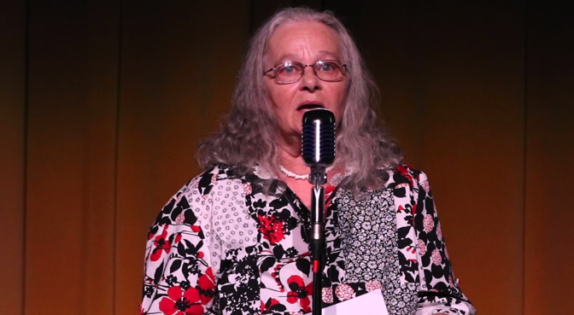 Jennifer Compton / in the museum of the wars

Jennifer Compton performing ‘in the museum of the wars’, which received an Honourable Mention at The 2018 Melbourne Spoken Word Prize.

Jennifer Compton lives in Melbourne and is a poet and playwright who also writes prose. When it comes to the poetry side of things she likes to have it every which way possible. She very much likes winning the Newcastle Poetry Prize and being given the big cheque. And she also very much likes the hurly burly of the open mic. 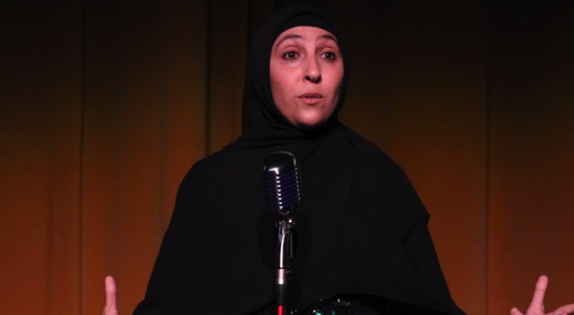 Rania Ahmed has been writing from a young age but only started perusing poetry seriously in 2015 when she joined the West Writers Group at the Footscray Community Art Centre. Rania aims to change perspective via poetry and thus inspire the change within. 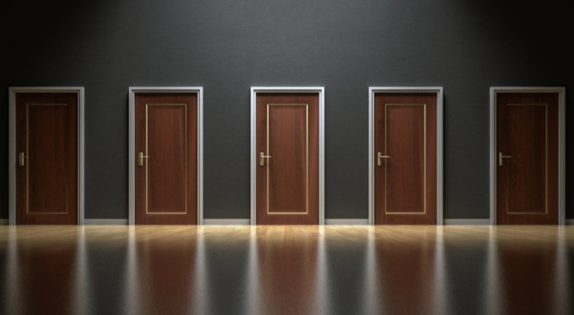 A Guide to New Year's Resolutions for Spoken Word Artists

There’s nothing wrong with starting the new year with some extra motivation in your step, taking on the “new year, new me” mantra and seeing what it can do to help you achieve something with your spoken word or poetry, whether it’s just performing on the open mic more, finally releasing that chapbook you keep saying you’ll do or something major like going on tour or starting a new gig.

Whether that means you follow through, or only get half way there, new year’s resolutions shouldn’t be about berating yourself for the ones you abandoned last year or not trying because you know you won’t get there.

If you do choose to make some resolutions for 2019, here’s a handy guide to making the most of them.

Make them public – post them on Facebook, blog about them, do a Facebook Live video, something to declare to your friends and the world that this is what you want to do. At the very least, your friends can cheer you on and support you, and if you want, you can choose to use this to be held accountable. Give your friends permission to give you that extra push if they haven’t heard you say anything about the progress of your next book.Break them up into smaller goals – some goals look too big it’s hard to see what the next step is, so breaking them up into smaller goals, maybe things to do each month, or certain obstacles you might face might make it seem less daunting. It makes sure you can make incremental progress over the year, rather than leave it to the last minute when it’s too late.Make resolutions you have control over – whether it’s winning an award, getting published, getting booked, there’s plenty of things you want to achieve that might be outside of your control so if they’re things you’re aiming for, make resolutions for the parts you have control over whether that’s memorising a poem each month to win the slam,