‘The Collected Smirks of Santo Cazzati’ is Melbourne Spoken Word’s first single-artist issue of Audacious. Featuring a range of pieces from the colourful and quirky voice of Santo Cazzati, a fixture of the Melbourne poetry scene.

Pre-ordering the CD also grants you entry to the launch of ‘The Collected Smirks of Santo Cazzati,’ details to be confirmed. 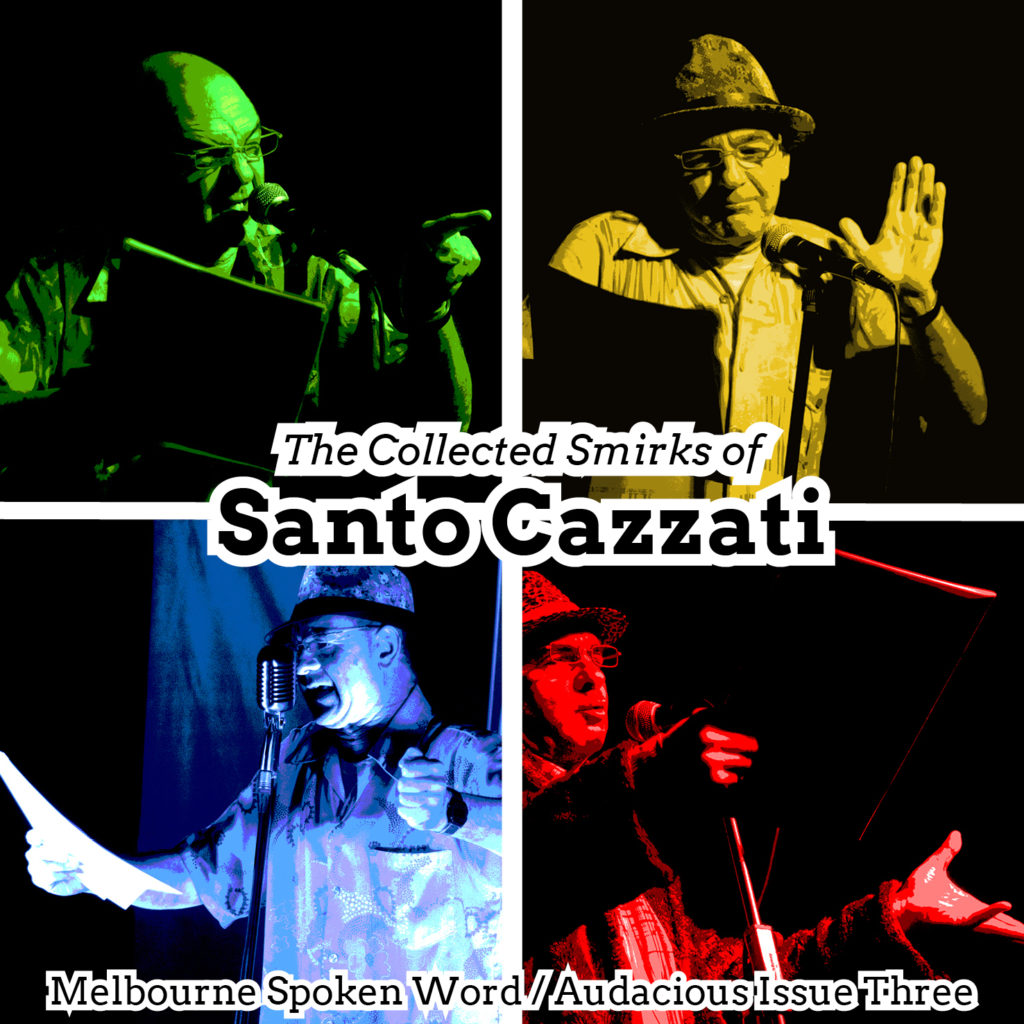