Audacious Issue Two was released in January 2016, our second issue took a little longer than expected to follow our first but it has a great range of voices, from various parts of Melbourne, an international guest, Bill Moran and national renowned spoken word artist Omar Musa.

Buy:
(We encourage people to buy the issue via our own online store or from us in person or at events to support the continued publishing of Audacious and to support paying the artists)
Physical CD via our Online Store
Digital Download via our Online Store
iTunes
Google Play
Spotify
Amazon
Brunswick Bound
Collected Works
From Benjamin Solah, in person at various gigs
Melbourne Spoken Word events 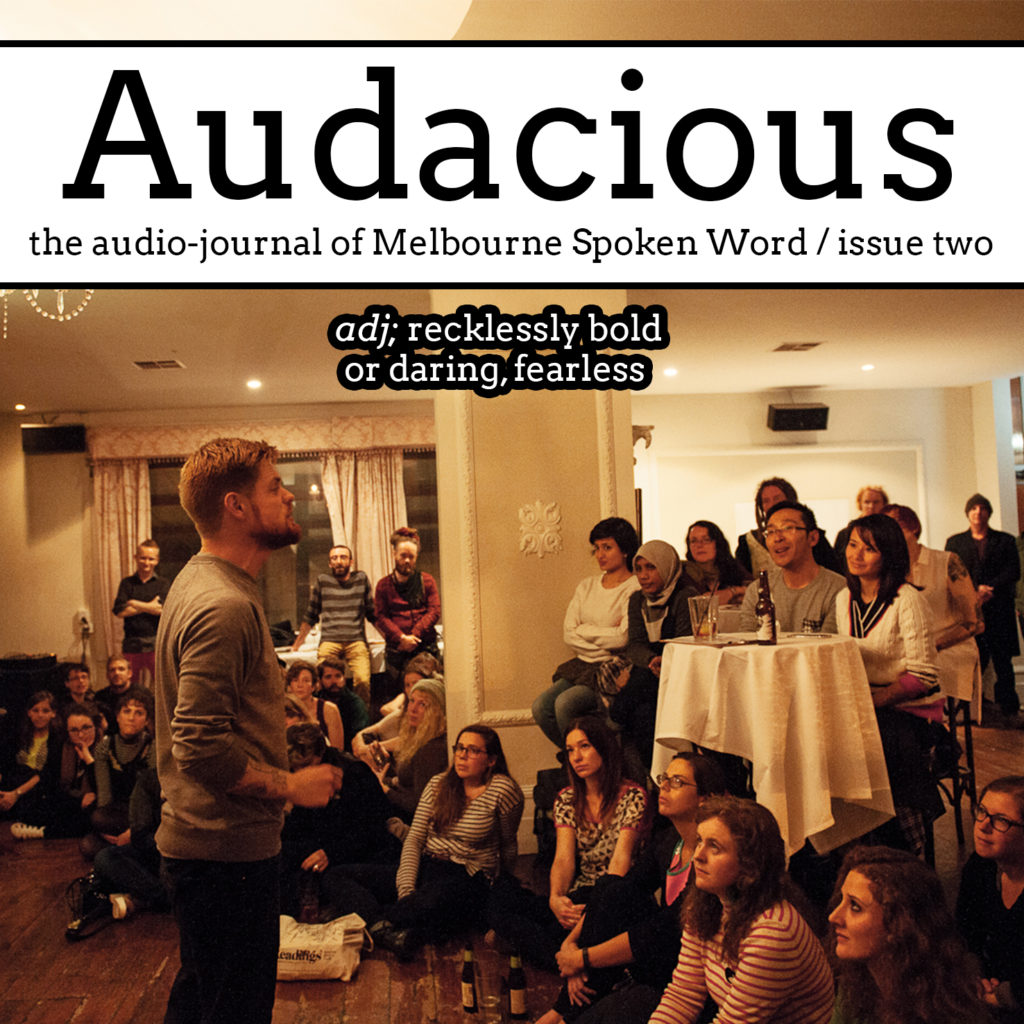