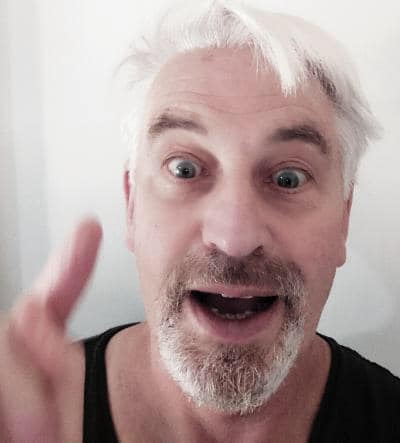 WHAM! The multilingual, multi artistic talent that is Gerard Lewis-Fitzgerald features at the Cherry Poets! BAM! As is traditional for our Saturday afternoon readings, there’ll be plenty of space for open mic, so bring along your poems and stories and songs! THANK YOU MA’AM! Plus our old friends, BEER, WINE, and A JOLLY OLD TIME, courtesy of The Cherry Tree Hotel! Don’t miss out!
PLEASE BOOK VIA TRYBOOKING, link below:
https://www.trybooking.com/BOSVV
ABOUT THE FEATURE:
Gerard came to the Melbourne Spoken Word scene in about March of 2017, hauled in by Yvette Stubbs who pinched his ear and said, “Get in there now and make with the zaniness!”.
Gerard confesses that after his first visit with Stubbsy to the Owl and Cat, and sampling the calibre of other poets, he developed the ‘Cringe’ – temporarily.
Since then, however, he has learned that he is a worthy creator, having most gratefully received loving appreciation for his poems which range from the self-mocking comical, to the wonder of a single moment of love – gay, straight or platonic – and with unapologetic leanings towards mystical or even interstellar notions of cosmic kinship.
He has written poems in French and has brazenly tried his hand at Danish.
He’s also known on Eclectic Creators Unite FB page for a couple of graphic stories.
This is only Gerard’s seventh (?) feature anywhere.