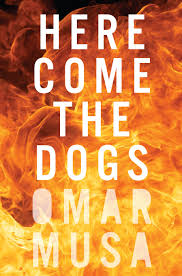 I also hope that people from other countries could find something interesting in this book. Something to wrap their heads around.

Maybe a little bit of solace?

Maybe a little bit. I lean towards the darkness, in general. I think it’s really easy for me to fall into the abyss, the chaos.

I think there’s something really powerful about exploring darkness, though.

Yeah, me, too. I think you have to deal with it in art. I’m not intersted in art that doesn’t really deal with life, and death, and madness. But I always try to find redemption and light within that, somehow. In unlikely places. One of my heros,Werner Herzog – the film director…I heard Errol Morris quote Werner Herzog to Werner Herzog. Supposedly, once upon a time, he said that “Part of art is extending sympathy where it has not been extended before. And looking for stories where they haven’t been looked for before.” And that’s what I’m trying to do.

Beautiful. So how long did it take you to write the book?

Two and a half years. But I was putting a lot of my life’s questions and life’s thoughts into it.

So this is you fleshing out your existential stuff?

I guess so. But in a very intuitive way. I’m not one of these people who will be able to define for you every – ism under the sun. I’m interested in politics, but I don’t approach it from that theoretical point of view. I’m a storyteller…and I feel my way through these things.

Wow. So how long have you been writing for? When did you start considering yourself a writer?

I’m sort of interested in how you choose to define yourself, you know? Are you an artist? Or are you just a person who chooses to make art from time to time?…But I’ve been into poetry from a really young age. My dad was a poet in Malaysia. I come from an artistic family. My mum was a theatre critic and historian. So I went to a lot of theatre growing up. And my dad introduced me to a very famous Indonesian poet when I was about 8…And my dad said, “See this guy? Remember this guy. When he performs poetry, he doesn’t use the paper. He lives it with every fibre of his being; his voice, his body. He does it to stadiums full of people, at political rallies, and it can change the world.” And I didn’t know anything about poetry or politics. I was 8 years old! But I kept what my dad said in my mind because I was really impressed by it.

Then I began looking for a form of poetry that was like that, but it just didn’t seem to exist in Australia. Well, at least when I was growing up and in school. Then, at about exactly the same time, I came across hip-hop. And it was the poetry of hip-hop that lured me into it. But also I was really into the Black Muslims. Like Malcolm X and Farrakhan because they were, of course, brilliant orators. I was intrigued by people who would go on stage and perform their words and captivate people.

Then I came across Spoken Word poetry, probably when I was about 19, when I was in Santa Cruz, California. I saw this guy do a really sexual poem, but had everyone cracking up. And I was like, “This is really cool!” But it didn’t click in my mind, at the time, that this is something I wanted to do. I was too preoccupied with hip hop. But then I got a call from a guy who was running the ACT Poetry Slam and he was desperate for people to enter because a few people had dropped out. And he said, “Look, I’ve heard that you rap. Can you come around and spit some raps without the music?” And I felt like it was a good opportunity to try something a bit different.

I did this poem about The Cronulla Riots, well it was a rap, really. And I ended up winning that one. I went to nationals and came second. And that’s when a new world opened up for me.

Cool. That’s exciting! So do you see yourself getting back into Spoken Word in the future? I mean, as heavily as you were before?

Yeah, it’s all a matter of time, at the moment. Obviously the book promo is really crazy, I’ve got a play to finish by the end of the year; a commission by the street theatre in Canberra…I wish I had more time to dedicate to creating some new Spoken Word stuff, but that will happen naturally. At the moment, I have to say, I am enjoying having these bigger projects that I can sink my teeth into.

But, yeah, I think I’ve got a long way to go as a Spoken Word performer; to learn, and different ways that I could push my poetry.

It’s so interesting because, many of the people who will end up reading this interview will be like, “Are you kidding?” Because you’re someone who is looked up to quite a bit by people in the Melbourne poetry community. Especially people like me who, sort of, came on to the scene years after people like you, Luka, Joel, Alia. You guys are, sort of, the people who made me go, “Hmm, I kind of like this spoken word thing and I think I want to give it a bash!”

I remember those very first pieces that inspired me. Like your piece “My Generation” and Luka’s “A-Z” piece.

Luka and I were touring in China together and I saw him do that with a bunch of kids and it was great. he good thing about Luka is that he keeps his mind really open. And he’s willing to push himself, stylistically, to try different things. And, also, thematically; to try and delve deeply. He does have his stuff that, well, you know he’s Luka Lesson: so some of the early stuff is didactic. But he’s brave enough to look at the dark parts of himself. And I value that in anyone.

[Regarding Luka Lesson’s new album EXIT]… he didn’t have to make an album like that; weird and slanted. I just love Luka, man! He’s like a brother and he’s a hell of a performer. You can’t deny that sort of talent…I remember seeing him perform in Melbourne once and I was like, “That guy’s going to become Australian Slam Champion one day.” And he did it…

Some people disagree with me about this, but I think the good thing about Spoken Word, in Australia, is that it’s not homogeneous. It’s still pretty diverse. I mean, every now and then, I’ll go out there and I’ll see…like a bush poet at a slam, and then a Marxist poet, and then some hip-hop guy. I think that’s really cool.

That’s beautiful. So, speaking of poetry and hip hop, how have they influenced this new work here? Here Come the Dogs.

The book is drenched in hip-hop references. Maybe almost to the point where some people find it a big confronting. But I feel like every piece of literature is coded in its own way. When we have to read Shakespeare in high school, we have to decode it. I read Coetzee’s Disgrace, recently, and it refers to a lot of classical music and that’s something I don’t know much about! Just in the same way that someone might pick this up and be like “Oh, what’s a cypher? What’s all this stuff about a hip-hop show?” So then they’ll have to go find out and decode it!

But I’d like to think that the best type of art, in general (but hip-hop, especially), is fearless. It’s unafraid to be unruly, and dangerous, and wild. And I like to hope that this book is a little bit fearless; that I kind of went for it. But then, of course, a third of it is in First Person poetry format. I mean, I don’t know if Penguin have put out a verse novel in a long time, but two thirds of it is prose, a third of it is influenced by, you know, Dorothy Porter; that verse style. So yeah! Poetry and hip-hop have really influenced this book.

Omar’s debut novel Here Come the Dogs can be bought online or at most bookstores near you. 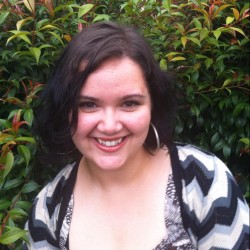 Latest posts by carriemaya (see all)