Poetic License’s chorus was interesting in that it was enjoyably haphazard. My date commented that it made no efforts towards a cohesive plot line – which is somewhat to be expected with a devised reimagining of the Greek play – but instead focused on transitioning and giving weight to each voice and each story within it. The broad spread of age and experiences were discussed comically and seriously. Kominos spoke from the equivalent of a pulpit, merging tone and style with content to make comment on Christianity and the human condition. It was very funny. In my favourite segment, there was talk about being crippled and how that toxic masculinity that produces a tough ego was hiding an intense vulnerability about being in love. Other memorable moments included covers of Portishead and Blackbird.

Having studied The Frogs in high school, I was deeply appreciative of the fact that the Outer Urban Project’s Poetic License didn’t try to educate the audience on the complete nuance of what they were doing. I was scrambling back twelve years into my memory to try and glean the full picture of what they were doing but even I knew that there were aspects I was missing out on. I enjoyed it, though, and I think that a production such as this doesn’t need a full perspective in order to be an engaging work of theatre. 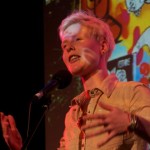 Fury is a writer, advocate, SJW and trans activist based in Melbourne’s suburban west. They have toured, written, bent and broken across Melbourne and Australia for the past 4 years. They manage their own website(/s) at The-Australasian.com and thisisnotapipedream.com. They were once described as the Andrea Gibson of Melbourne. 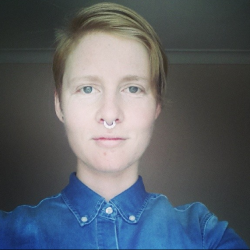 Latest posts by Fury (see all)