The preoccupation with artistic legacy is clear from the Prologue “Here we are, you and I, writer and reader/bound together in an eternal timeless dance”. It is later revisited in the poem The Disappearing Soul with a kind of melancholy disappointment in humanity, with the opening lines “I want to say something which makes us believe that the/human race was worthwhile after all./That we left some kind of legacy”.

The speaker in the poems highlights the fallibility of humanity, with personal confession: “if I had been a lesser man/I might have really/fucked up my life/but all I did was fuck up yours” and an psychological insight into the ‘shadow-side’ of the personality, the “dark, selfish, gaping, un/speakable, wordless part of each other/…The great, putrefying deep sea monster/…squatting in the heart of each of us”. The grossness, vulnerability and exposure of sexual relations is also explored in graphic detail in 13 Acts of Unfulfilled Love, with also a sense of searching, of the vain hope of finding a missing piece in the Other: “I have lost something/and am wondering/if I’ll find it/inside you”. But again, this idealised search for meaning is foiled, with a partner who compares sex with “taking candy from a child”.

In Fixing the Broken Nightingale, the creation of art emerges as a singular avenue of redemption for the failed human, as the speaker grapples with the big questions of existence – the intangibility of God in Chimera, the question of “not how to die but how to live” in the poem Flickering Enlightenment. The speaker counsels the reader “don’t try to lock down the mysteries” as even language is not sufficient, with poets mistaking “the prison bars of their minds/for the harpstrings of the heart”. Even so in The Disappearing Soul the speaker admits that “In this dark, my only candles are -/the poets,/who believed with their blood/in the secret potency of words”. So even as the speaker claims the power of art is an illusion, he still wants to believe.

I think this book has particular relevance to a largely secular society where there is still the human need to worship, without the outlet for such a need to be successfully fulfilled. Religions have been exposed, our idealistic search used in someone else’s private agenda. But still there is “the prayer that we may be useful before we perish”. Throughout the whole book there is a persistent need for meaning which I think is characteristic of the times in which we live. Richard James Allen’s work is informed by the struggles of humanity in a contemporary world. Rather than ignoring complexity, or seeking escapism, he enters the void, his words glistening with the many-faceted acts of life, love and creation.

The title of the book, which carries echoes of a whole poetic tradition of preoccupation with the nightingale, could most successfully be related to Shelley’s quote from his A Defense of Poetry: “A poet is a nightingale who sits in darkness and sings to cheer its own solitude with sweet sounds; his auditors are as men entranced by the melody of an unseen musician, who feel that they are moved and softened, yet know not whence or why.” Similarly, in Fixing the Broken Nightingale, although the problematic nature of language, of legacy, of humanity and intimacy is explored and admitted, the fixing is in the cheering of solitude, not only for the writer but for the reader as well, so that all might feel “moved and softened”, and thus in some way redeemed, faith curiously restored in an inexplicable transaction of truths between writer and reader.

Fixing the Broken Nightingale can be bought directly from Richard James Allen via his website: www.fixingthebrokennightingale.com 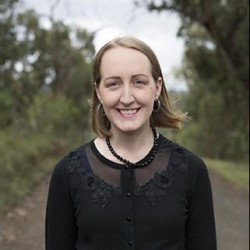 Latest posts by gemmawhite30 (see all)