Submission to the Senate Inquiry into Arts Funding

Melbourne Spoken Word has made the following submission to the senate inquiry into arts funding following the devastating cut to the Australia Council for the Arts made by George Brandis. We make this submission not with much belief that politicians care too much about arts funding, but to make our feelings public on the issue and have made it available here for those to read and share. We hope we can highlight the particular difficulties those practising in spoken word and performance poetry face as a result of these cuts and the general situation for arts funding in Australia.

We write this submission on behalf of Melbourne Spoken Word and the growing community of poets and spoken word artists around Melbourne and the multitude of live poetry events, spoken word performances, open mic nights and poetry slams that happen most nights of the week.

Melbourne Spoken Word is a small emerging community arts organisation based in Melbourne to support the artists and events that survive rarely with government funding and overwhelmingly through the hard work from poets volunteering their time to support the community that supports them.

This year we were able to launch a brand new website through crowd funding and the generous donations of the community and our little arts organisation that started as one person running a blog has blossomed into the potential for something bigger provided we are able to access much needed funding.

It is scary to be in this position as we approach the chance to apply for funding when it is now becoming harder. Small to medium organisations that already receive funding are afraid of losing the ongoing support they need to survive. So it is even more daunting to be an organisation that has not yet entered that pool of funding as it begins to dry up. What chance do we have of receiving funding when even those who already do and have proved themselves stand to lose out?

Spoken word, performance poetry, slam poetry, whatever you want to call it, is a growing phenomenon in Melbourne, on the back of a thriving pub poetry scene in Australia that has existed for decades and an emerging popularity of slam poetry inspired by the growing scene in the United States. It is our belief that it is an extremely unrecognised and underfunded section of the literary community, when already the literary section of the arts is already underfunded as compared to major performing arts organisations.

We believe we are already underrepresented as an art form in terms of who is funded, our representation in the broader literary landscape, whether that be through spoken word artists not applying, or through the lack of initial funding to increase the visibility and professionalism of our art form.

We believe with a little more funding, the ability to pay poets and contributors, and better access to audiences that we can prove the potential of our section of literature and performance. We cannot do it alone and solely rely off asking our supporters to crowd fund and donate to our projects constantly.

Personally, I am an emerging writer myself, practicing in poetry and spoken word. I operate Melbourne Spoken Word as a volunteer project I believe in. I am also about to graduate from RMIT University with a Bachelor of Arts (Creative Writing) and upon graduation was quite confident I would be able to receive an ArtStart grant from the Australia Council, which has now sadly been cut by the Australia Council due to Brandis taking money out to start up his own fund, that is not accessible to me as an individual artist, but also not available to my organisation as we have not had the chance to receive funding and work toward becoming incorporated.

Graduating university is already scary enough, more so for future students if the deregulation of university fees goes through. The prospect of what post-grad degree to do, or to find a job in the industry, or try and receive funding to work on my own arts practice is a difficult choice. The ArtStart grant would have been extremely useful to me to springboard my own career as a spoken word poet but also to move toward Melbourne Spoken Word receiving some funding.

Currently, I am paid very little for my work. The most I have been paid is $200 for one review. Articles and performances sometimes earn me between $50 and $100 and at this stage in my career, are too infrequent to pay the rent. I worked for five years in a full-time office job and was deeply depressed about it. When I was made redundant, I went back to university and tried to do more with my writing. I did it because I love it but that does not mean I don’t deserve to be paid fairly for my work and to have my arts practice funded.

George Brandis has not only not considered individual artists like myself and small arts organisations, but I believe he has considered us and deliberately wants to see us decline. Forcing us to appeal to the whims of the market removes artists of their political independence and freedom of speech and also discourages experimentation and art forms that only appeal to a growing but niche audience.

We believe the spoken word and performance poetry community should not only not be further exiled from the funding pool, but the Australia Council should be expanded and funded further so they can take niche and experimental art forms into consideration and provide support to emerging artists and emerging community arts organisations that are currently outside of the funding pool and need support to enter it.

Photo by TheeErin. Provided under a Creative Commons License.

Benjamin Solah is a writer, poet, spoken word artist, activist and the Director of Melbourne Spoken Word. He grew up in Western Sydney before calling Melbourne home in 2008, where he's performed since 2010 around Melbourne's regular spoken word and poetry nights including Passionate Tongues, The Dan Poets, Voices in the Attic and House of Bricks as well as the NGV and White Night. He's released a chapbook, broken bodies, and two spoken word albums, Duel Power with Santo Cazzati and The World Doesn't Make Sense EP. 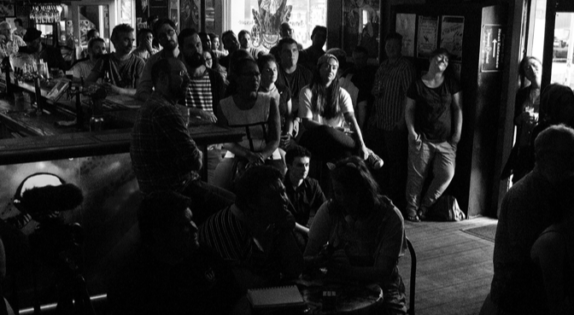 Hosted by ‘the patron-saint of Melbourne poetry,’ poet and photographer Michael Reynolds, what began as a one-off gig on Valentine’s Day in 1999, has turned into one of the longest running gigs in Melbourne, now hosted every second Tuesday at The Brothers Public House, with a diverse range of features from Melbourne and sometimes from beyond, and a substantial space for open mic, it is great for first time readers or performers.

About Latest Posts Benjamin SolahBenjamin Solah is a writer, poet, spoken word artist, activist and the Director of Melbourne Spoken Word. He grew up in Western Sydney before calling Melbourne home in 2008, where he's performed since 2010 around Melbourne's regular spoken word and poetry nights including Passionate Tongues, The Dan Poets, Voices in the Attic and House of Bricks as well as the NGV and White Night. He's released a chapbook, broken bodies, and two spoken word albums, Duel Power with Santo Cazzati and The World Doesn't Make Sense EP. Latest posts by Benjamin Solah (see all) Thabani Tshuma – No Strings (MSW Prize 2019) - December 18, 2019 The 2019 XYZ Prize for Innovation in Spoken Word winner: Fable Goldsmith and Rae White - December 12, 2019 On the mic for the first time: 8 tips for your first open mic performance - July 2, 2019 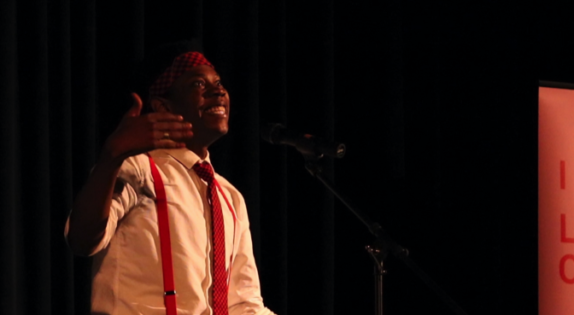 About Latest Posts Benjamin SolahBenjamin Solah is a writer, poet, spoken word artist, activist and the Director of Melbourne Spoken Word. He grew up in Western Sydney before calling Melbourne home in 2008, where he's performed since 2010 around Melbourne's regular spoken word and poetry nights including Passionate Tongues, The Dan Poets, Voices in the Attic and House of Bricks as well as the NGV and White Night. He's released a chapbook, broken bodies, and two spoken word albums, Duel Power with Santo Cazzati and The World Doesn't Make Sense EP. Latest posts by Benjamin Solah (see all) Thabani Tshuma – No Strings (MSW Prize 2019) - December 18, 2019 The 2019 XYZ Prize for Innovation in Spoken Word winner: Fable Goldsmith and Rae White - December 12, 2019 On the mic for the first time: 8 tips for your first open mic performance - July 2, 2019 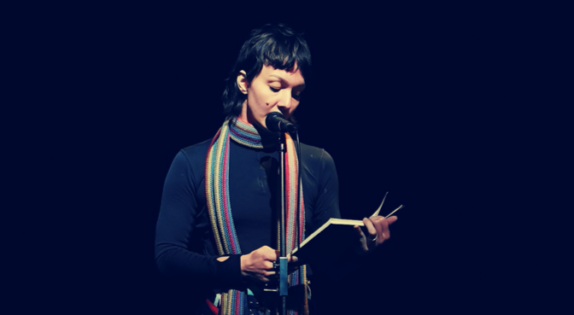