Amanda Anastasi talks to David Stavanger about The Special. 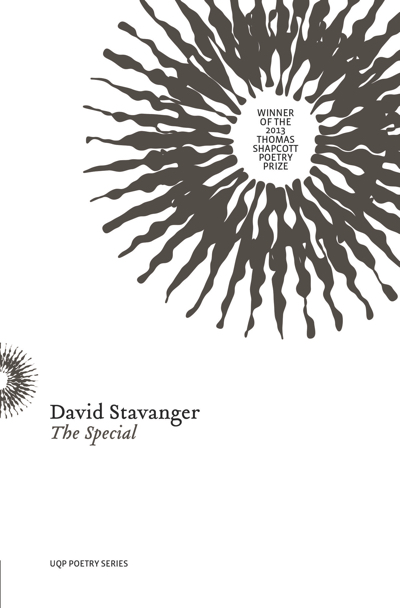 Your collection is divided into five sections, Axis I-V, an axis being an imaginary line about which a body rotates. It strikes me that The Special is full of imagery of the body and opens with a poem (Optimism) containing the image of freefalling from a plane. What experience in your life came the closest to freefalling?

Two things come to mind. The first time I fronted the band I used to work with, Golden Virtues. Actually, every time. Not being a singer and not having a song, I felt a total lack of control (not the Tom Petty version either). It was like tripping into an abyss. Live performance always has an element of that for me, the fall in.

The other was last week riding a motorcycle in Bali without a helmet at night having never ridden one before.

What is a headline about yourself that you would like to read?

One of my favourite lines in the book, from the poem The Future, is “danger is a door.” What else is a door?

The body. Travel. Sleep. Ovens. Music. Poetry. The Doors. Pretty much anything that opens and closes (except for mouths, they are more windows)

“My son walks a dead dog” is another line that stuck with me. Which line in the book are you the most glad you wrote?

These days, the last line ‘I wake up living’.

Name the poetry collection you keep returning to.

The Wrecking Light by Robin Robertson