☰ ☰
View all upcoming events › Next event To The Ends Of The Interwebs!

Rania, I remember seeing you and your fellow artists in the very first performance of Bukjeh at the Immigration Museum. I understand that the show has been developed since and performed at various venues and festivals. A ‘bukjeh’ is a bag or sack that a refugee carries throughout their journey, containing all of their belongings that can be carried. What was in your bukjeh?

My memories mostly. I was an 11-year-old at the time that I arrived in Australia. I couldn’t bring my cabbage patch doll, but I would have loved to. I brought as many of the objects and treasured possessions that inhabited my 11-year-old world as I could.

What was it like for you at that age, arriving in a new place?

It was a shock! I was astonished at how quiet it was here. Back then, all the stores closed at 5pm and on weekends. In Egypt, everything was open until midnight, so you would hear cars beeping late into the night and constant human activity. Most people lived in flats and you could hear the sounds and conversations of your neighbours. If you opened the window, you could hear a couple’s argument. I would open the window the next day to hear the sequel to the argument from the day before.

Like watching a soap opera or a radio play?

I used to call it Streets FM – you learn a lot!

What did you see and hear and learn?

I often heard women manipulating their men, actually! Egyptian women are very smart about getting what they want. I used to say that I was never going to get married.

What were your first impression of the new language and the landscape you found yourself in?

It was greener. The shapes of the leaves were different. Here the leaves were long, not wide. In Egypt we had a lot of palm trees, mulberry and fruit trees. It really was desert and the trees were largely not native. Many of the tree trunks in Australia were smooth and grey, not brown with thick bark. I had never seen that before! The most amazing moment was when I experienced a sun shower for the first time. I thought it was the end of the world and had a panic attack. My Grade 6 teacher had to calm me down.

I picked up the language quite quickly, but it was the little cultural ticks that took some getting used to. For instance, men don’t kiss each other on the cheek when greet each other here. Brothers and sisters don’t walk in the playground holding hands, ant bush has nothing to do with ants, and ‘howaya’ translates as ‘how are you?’

On June 13, you featured in the latest incarnation of Bukjeh in Casey at Bunjil Place. What have you learned from the collaborative experience of this show?

Teamwork. I collaborated with Soreti Kadir in one of the poems and performed a total of 3 poems in the show. The dramaturg (I had never heard that term before – one thing I learned was a lot of new theatre terminology!) asked me to write an additional poem, detailing the experience of my 30-year-old self as a migrant as opposed to my 11-year-old self. The show, as a whole, combined contemporary dance and movement, Aboriginal dance, art, singing and poetry.

Do you enjoy the mix of artforms?

Yes, very much. I also loved that the set of Bukjeh – where people sit inside the refugee tent with us while we perform – brought people physically into our stories to live it alongside us. The refugee tent is the actual stage and you are inside the world of the show. Aseel Tayah, Bukjeh’s producer, is a very bright and creative thinker. I admire her ideas, as they are very much outside of the box.

How important is audience engagement for you in delivering a poem?

Extremely important. If I don’t feel that connection with my audience, I haven’t achieved anything. It is so important to connect with the people you are performing or reading for, even if the poem isn’t the best poem you’ve written or will write. My whole aim is to make someone respond with ‘Oh!’ or ‘I didn’t think about it like that.’ I want to cause someone to think about something differently, to discover another angle on a topic, or to help the listener widen his/her perspective. I want to inspire change.

You appear to enjoy being on stage. Do you and why?

I really do. I was never a shy person. John Weldon, a creative writing professor at Victoria University, said once that I owned the stage. I thought he was just being complimentary, but I do feel a certain joy when I’m on stage. I feel free to show my sensitive side without someone saying ‘you’re too sensitive’.

So you feel comfortable being vulnerable on stage?

Just on stage. It’s probably the only place where I allow myself to be vulnerable.

Your current poems encompass the subject of journeying and migration. There are also a lot of pop culture and fairytale references. What stories did you relate to or were exposed to growing up?

I grew up with Disney. I have a love/hate relationship with these stories. I was a very girly girl. When I came here, I realised that everybody was very grown up by the age of 11. I had to catch up quickly, as I hadn’t finished my childhood yet.

Do you feel that Australian children grow up fast?

What is the next thing you would like to write about or somehow explore through poetry?

My aim is to write about a variety of subjects and not just be known for one. Pictures really stimulate me. I first discovered that in high school when we studied 2D art. I used to see a lot more in the pictures than my other classmates seemed to.

*Name the poetry collection you keep returning to.

‘2012 and other poems’ by Amanda Anastasi

You don’t have to say that because I’m here. Please feel free change your mind!

It’s true, so there’s my answer!

*What is your favourite word?

Rania Ahmed is one of the featured poets at The Melbourne Spoken Word & Poetry Festival Closing Night Party at Howler. 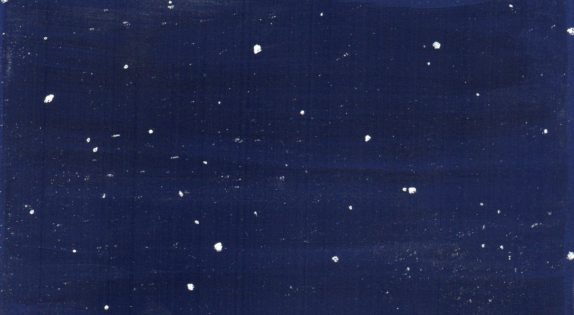 tteotv offers a wholesome, supportive space for people to read a poem, share a story or freestyle some rap (this was written by a non rapper).

It is a very, very welcoming gig and we really love to embrace new tteotv gig friends!

About Latest Posts Amanda Anastasi Amanda Anastasi’s poetry has been published in magazines and anthologies both locally and overseas.Amanda’s first collection 2012 and other poems was named in Ali Alizadeh’s ‘Top Ten Poetic Works of 2012’ in Overland Literary Journal. She also co-wrote Loop City, with Steve Smart and NZ composer Yvette Audain, produced by MSO’s Sarah Curro.

Latest posts by Amanda Anastasi (see all) Fragility Disguised: Interview With Rania Ahmed - July 24, 2019 The Creativity of Ordinary People: Interview with Tim Evans - July 12, 2018 The Work of Curiosity: Interview with Peter Bakowski - May 15, 2018