I’m sure for many people, not just me, Michael Reynolds is one of the first people you meet when you first discover the poetry ‘scene’ in Melbourne. The poet, photographer and host of regular gig Passionate Tongues is a friendly and welcoming entry point into reading poetry on stage, as many new poets turn up to the Brunswick Hotel every second Monday night to try their hand on the open mic.

“I try to give them the best impression of a poetry reading as possible,” he says to me over a beer one afternoon at the back of Brunny.

Michael grew up in Geelong (but he’s a mad Hawthorn fan) and only really discovered poetry incidentally as a regular at The Dan. “I’d go to the Dan to drink Guinness and listen to Irish music, and we’d always make jokes about the poets.” So he got some strange looks when eventually became one of us.

He recalls that Kevin Webb, the publican at the time, would say to him, “Hey check out the poetry at the back” and he’d respond, “Pfft, nup.” It wasn’t until the poetry moved to the front bar one afternoon, while Michael and his mate played Scrabble in the corner, that he decided to give it more of a go.

“Ted Lord, was actually someone I knew and he was hosting it, and afterward he came up to me said, ‘I didn’t know you liked poetry.’ And I said, ‘Well, I don’t really.’ And afterwards, I thought to myself, it wouldn’t be fair of me to say that after listening to it just once, ‘cause I’ve always told people to listen to bands twice…they might be having a bad day or you might be having a bad day, or there might be something that you’ve missed. So I put my money where my mouth was and listened to it the next week, and I thought, I’ll give this stuff a try. That was January, nineteen-ninety-nine.” 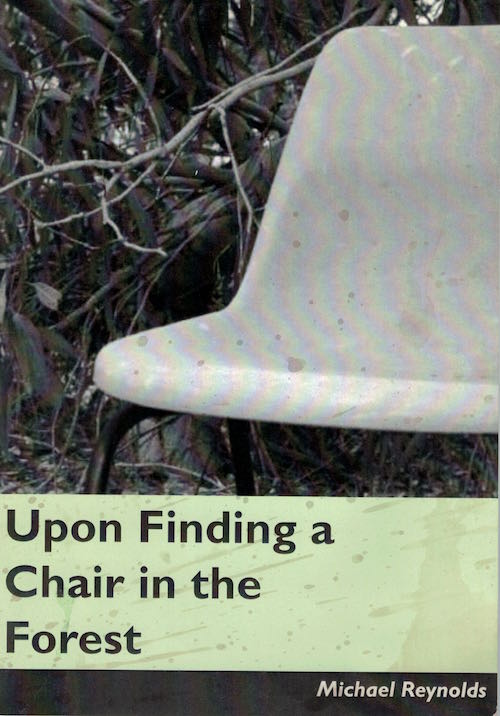 About six or eight weeks later, he performed on the open mic for the first time. “It was appallingly bad,” he says to me, “My knees were shaking so much. I doubt whether anyone listened at all to tell you the truth. I was the very last one up…right at the end of the day when everyone was itching to go to the bar and there probably would’ve only been half a dozen people at the front tables who were left listening anyway, but when I did finish, because I’d only ever written the one piece and someone at the front thought they’d encourage me by saying, ‘Have you got anything else to read’ and I just went ‘No!’ and raced off.”

He kept writing though, and went on to release a chapbook through Melbourne Poets Union, Upon Finding a Chair in the Forest in 2008. It’s had four reprints since then. “I probably give away at least half of them,” he admits. He features occasionally, like he did at the beginning of the year, alongside taking the annual photo at The Dan of all the poets, a great historical document of most of the poets around in that year. His work jumps out at you for it’s careful use of language and the hilarious word play poems, like ‘Tautologically Speaking’ but my favourite of his is ‘And Finally,’ often used when MCing, it’s a tongue in cheek piece about the things open micers say when they’re going on a bit long.

But I ask him why he doesn’t write as much as he used to because it’s always a treat to hear someone like Michael, who spends so much of his time providing a space for other poets to be heard, and you wonder why you don’t hear more of them. I also ask because that’s something I think about a lot as someone organising gigs myself. “It’s just because I haven’t given myself the time to sit down and write,” he says.

Photography takes up a lot of his time now, another passion of his that became more serious as a way of keeping an archive of other poets, but he says, “I found soon enough that I wasn’t just keeping a record but I was actually making people feel like they were being included in the big family of poetry. If they knew their face was going to be in a photo album, because I was using film then, with other poets, they felt that people were treating them more as an equal as a poet rather than someone whose just around the fringe and forgotten about very quickly.”

It’s one of the first memories I have of coming onto the scene, seeing my face in an album, now on Facebook not in print, from my first open mic slot and I know to a lot of people, that made them feel included.

“You’ve got the put them in the best light you possibly could. And make them look good as they’d like to be seen. I think you’re photographing their honesty, if you know what I mean. I do look for something nice to say about anyone I meet and I like to say something good about a person through a photograph too.”

Michael’s photos have been used to advertise and promote poets all around Melbourne, and his albums on Facebook and some in print from before digital, serve as record of the history of the poetry scene, like the Overload Poetry Festival. It’s the print albums that have mostly survived though, more reliable than hard drives, but he says Facebook has made it easier for people to see the photos. 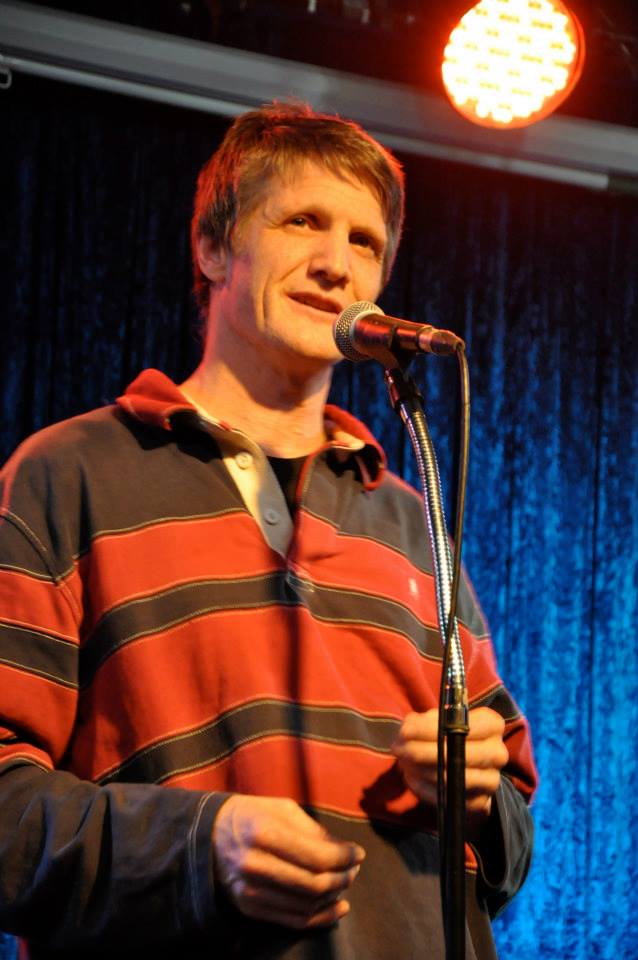 You can see that his approach to photography came from his general desire to be inclusive. Speaking of past gigs, he says some of them were a bit cliquey, “And I wanted to work out how to get them to listen to you. It seemed like people were only listening to their friends.” This was one of the reasons he starting MCing Passionate Tongues when it was offered to him. “I didn’t want people to go there and have that impression. If they’re starting off and they feel like they’re being excluded, it was a real put off. I wanted Passionate Tongues to be inclusive not exclusive.” He goes on to say that that’s improved greatly today.

It’s not the only thing that Michael thinks has greatly improved. “Comparing open stage now to how it was fifteen years ago, you’d go there and you wouldn’t even know whether or not you’d listen to anything decent except for the feature. Nowadays, open stage is just as important as the feature, if not more important, because the quality has just sky rocketed in the last five or ten years. It’s not necessarily the quality of writing courses or anything like that, I think it’s because there’s more emphasis on developing people as poets at live poetry readings and you’ve got to choose feature performers who will attract an audience who want to improve themselves as writers. Better quality poetry attracts more effort in people’s reading.”

This informs his approach to who he asks to feature at Passionate Tongues. “Whether it’s a hip hop artist, a storyteller, a page poet, a slam poet, if you like to make distinctions between different types of poets, it has to be someone who will inspire someone in the audience or something different enough to make people be interested in them, and if you can, get someone to say I’d like to be a little more like that person, that’s a really good thing, and also there are people you see on the open stage all the time that deserve to be heard a bit more. I do like giving people features who are regular contributors to the Passionate Tongues open stage but I also like to get people who the audience wouldn’t otherwise get the opportunity to see.”

Passionate Tongues does feature a wide variety of poets, from the veterans to the emerging voices, and encompassing all styles, so I ask him about slam – naturally. “The good slam poetry is absolutely fantastic and I love it, and I love dramatic monologue and performance driven poetry a lot, and that’s part of what slam is, but what I don’t like in slam is formulaic stuff you’ve heard a million times. I like slam poetry when it’s different.”

He cites Steve Smart and Joel McKerrow as good examples, and says, “it’ll settle if you know what I mean. I think it’s still developing. I do like the fact that slam was developed for people that don’t otherwise listen to poetry. To make poetry more exciting to listen to and I think it does do that, so that to me makes slam a good thing.”

Which makes sense given Michael’s introduction to the scene came when he didn’t really listen to poetry either. We finish up by chatting about his work. Michael works at VISY in Broadmeadows, and he tells me he once brought his workmates to a gig. “They thought it was more listenable than what they thought. They didn’t expect to have fun.”

Which I think is a ringing endorsement of the poetry scene and people within it. Poetry as we know it isn’t like what people expect, and its people like Michael that give it the space to reach new people by making them feel apart of it.